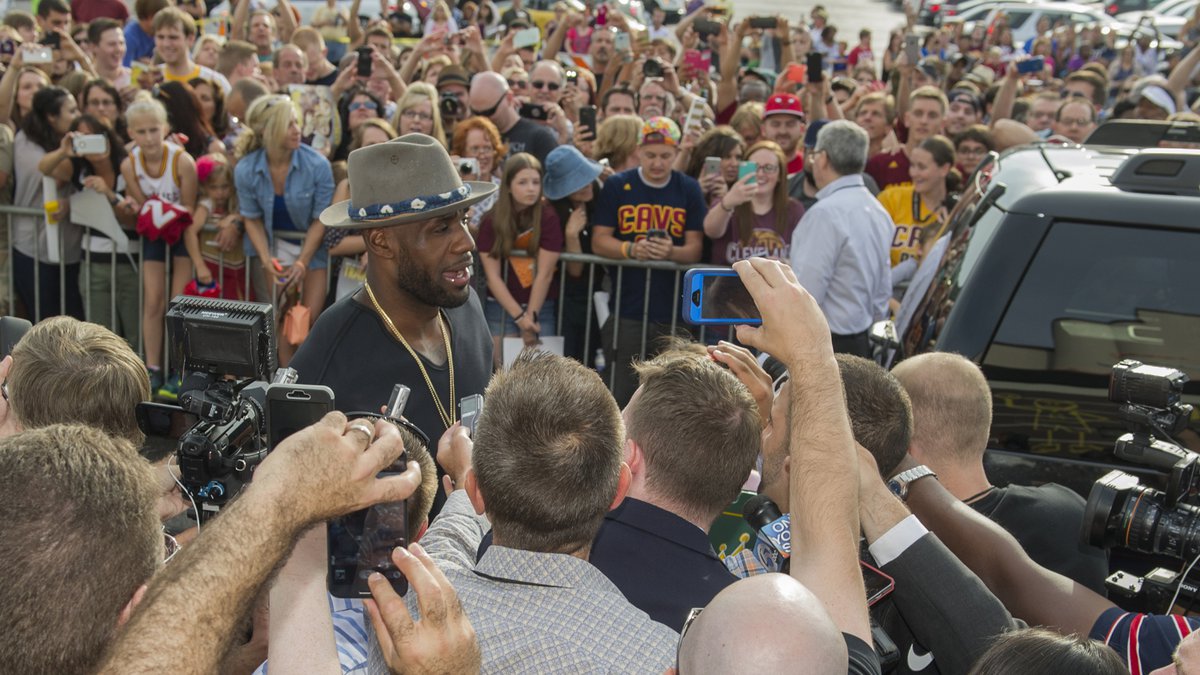 CLEVELAND, Ohio (WOIO) – Hollywood is coming to Northeast Ohio in the form of an upcoming film about LeBron James, and a local casting agency is looking for actors to fill roles in the movie.

Angela Boehm Casting said the roles would be featured in a Universal Studios production about James and the “Fab Five” at St. Vincent-St. Mary High School in Akron.

The Northeast Ohio casting agency has previously set local actors up for other major movies filmed in the Cleveland area, including “Judas and the Black Messiah” and “Cherry.” 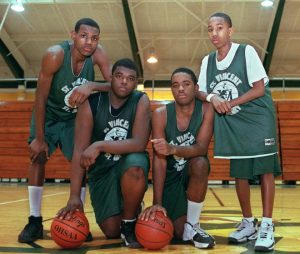 An upcoming movie detailing the high school years of NBA superstar LeBron James and his friends who played with him could soon be filmed in and around Akron and Cleveland.

The movie will be adapted from Buzz Bissinger’s James biography “Shooting Stars,” published in 2009, according to reports. That book focused on James and friends Sian Cotton, Dru Joyce III, Willie McGee and Romeo Travis, who all played for St. Vincent-St. Mary High School. They won three state titles and one national championship under the guidance of coaches Keith Dambrot, who went on to coach at the University of Akron and is now at Duquesne, and Dru Joyce II. 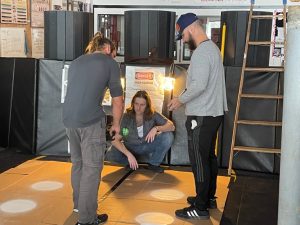 Professional stunt performers Jonathan Yurco (facing camera); Jason Cekanski (back to camera); and E. Ray Goodwin Jr. (standing sideways, to the right of Cekanski), prepare to shoot part of a scene on Feb. 26 for the video “Put the Bunny Back in the Box.” The video, produced by Richard Fike, won first place in the recent Shot 4 Shot Challenge, a national contest sponsored by Stunts Unlimited. The video was directed by Fike, of Madison Village, a professional stunt coordinator and performer who’s also a Stunts Unlimited directory member. Yurco, Cekanski and Goodwin all are northern Ohio residents and members of Stunt Predators USA & SFX, an organization owned and operated by Fike. (Photo courtesy of Richard Fike)

A Madison Village resident and business owner spearheaded an award-winning performance in a national video competition for elite professional stunt coordinators and performers.

Richard Fike captured first place in the recent Shot 4 Shot Challenge conducted by Stunts Unlimited. Based in Los Angeles, Stunts Unlimited is the oldest and largest professional stunt organization in the United States.

Black History Month is referred to by many as “Black Futures Month,” which the Movement for Black Lives defines as “time to both consider and celebrate our Black radical history and to dream and imagine a world in which we are free and self-determined.” More succinctly, Asheville-based Urban News named it, “about making space for Black people to envision and build the world of our dreams.”

Making space for Black brilliance to emerge is both a personal and collective task. This often gives Black professionals on the rise an unfair “double duty”— they have to push past systemic racism in their various fields in order to succeed, while also choosing whether or not to take additional time and space to mentor others and ensure they can also access their dreams.

And yet—research has shown that Black professionals often spend more of their personal capital mentoring young people and building inclusive spaces, which can take away from their own career objectives.  A 2017 study of Black professors, for instance, found “marginalized professors spent twice as much time mentoring, recruiting and ‘serving on various task forces,’” as white male counterparts. Experts in higher education note that additional energy could be spent on “the more career-accelerating work of publishing,” but that these professors are actively choosing to expend their energy building a more inclusive future.

This mentorship is not just Black professionals helping Black youth, but for people across racial identities. This has certainly been my personal experience as a white woman over decades: it was often Black people who reached out proactively offering mentorship and support.

For instance: Majora Carter, fresh off receiving her MacArthur Genius Award, approached me when I was 23 after I gave a talk to say “How can I help?” For years, running a low-budget non-profit, she hosted me in her home whenever I visited New York. She and her husband James made a transformative difference in my early career by sharing not only their couch, but also core lessons in organizational management and movement building.

In the context of my work as an impact investor with a focus on diverse entrepreneurs who are creating systems-level impact, I now often see an argument being made that funding diverse entrepreneurs is a social-change activity in part because these entrepreneurs will make great choices about ultimately giving back to the community with the wealth they build. In some cases this may be mandated structurally into a deal (like a certain percentage of proceeds going back to communities), or it may be an organic practice (like Diishan Imira, founder of Mayvenn, providing equity to employees at all levels simply because he felt it was the right thing to do).

So far, anecdotal data is playing out–there are so many fantastic examples of mid-career Black professionals who proactively take time and money to help the next generation even if it takes away these resources from their primary activity. Below are profiles of four inspiring individuals who show it’s possible to climb, while also extending that hand back to pull up others closer to their dreams.

Over the past decade, Charlese Antoinette has established herself as one of the most talented and busy costume designers in the business, with a unique talent of creating characters that are imaginative yet grounded in reality. She’s most recently known for her amazing period looks in Judas and the Black Messiah featuring Daniel Kaluuya and Lakeith Stanfield, for which she received a 2021 Costume Designers Guild Award nomination. The film also received two Academy Awards. Her work has also been seen on TV shows including MACRO/ Netflix Original Raising Dion (Michael B. Jordan), which was number one internationally, as well as Kenya Barris’s Netflix Original sketch comedy show, Astronomy Club.

How She’s Opening Doors for Others

Charlese is unique in how she’s worked to create more opportunities for both her peers, and for future generations. In 2019, Charlese launched the Black Designer Database with a mission to support Black designers through the amplification of their work and connect them to new consumers and media opportunities. And then in 2020, she launched DESIGN YOU in partnership with the Boys and Girls Club of Cleveland, Ohio.

Charlese explained, “I started the program while we were shooting Judas and the Black Messiah in Cleveland. We were shooting in an under-resourced neighborhood that was predominantly Black. And I could not see myself doing a film about the Black Panthers and not interfacing with the community that we were shooting in every day. I went to visit the boys and girls club of northeast Ohio with the cast including  Daniel Kaluuya and LaKeith Stanfield. After visiting I got inspired and asked the center Director Joseph Greathouse II if I could donate sewing machines and start a sewing lab and program.” She subsequently donated 11 sewing machines in 2019. She added,  “Currently we are doing the program on 1st and 3rd Fridays. And on the 3rd Friday of the month I have industry friends come & speak. So the kids get to meet other Black professionals in fashion and costumes, get a mini lesson & ask them questions.”  They are still hoping to add more machines to their programs, and seeking a number of related supplies. Additionally, 100% of the proceeds from Charlese’s curated collection on resale platform Dora Maar are available here. 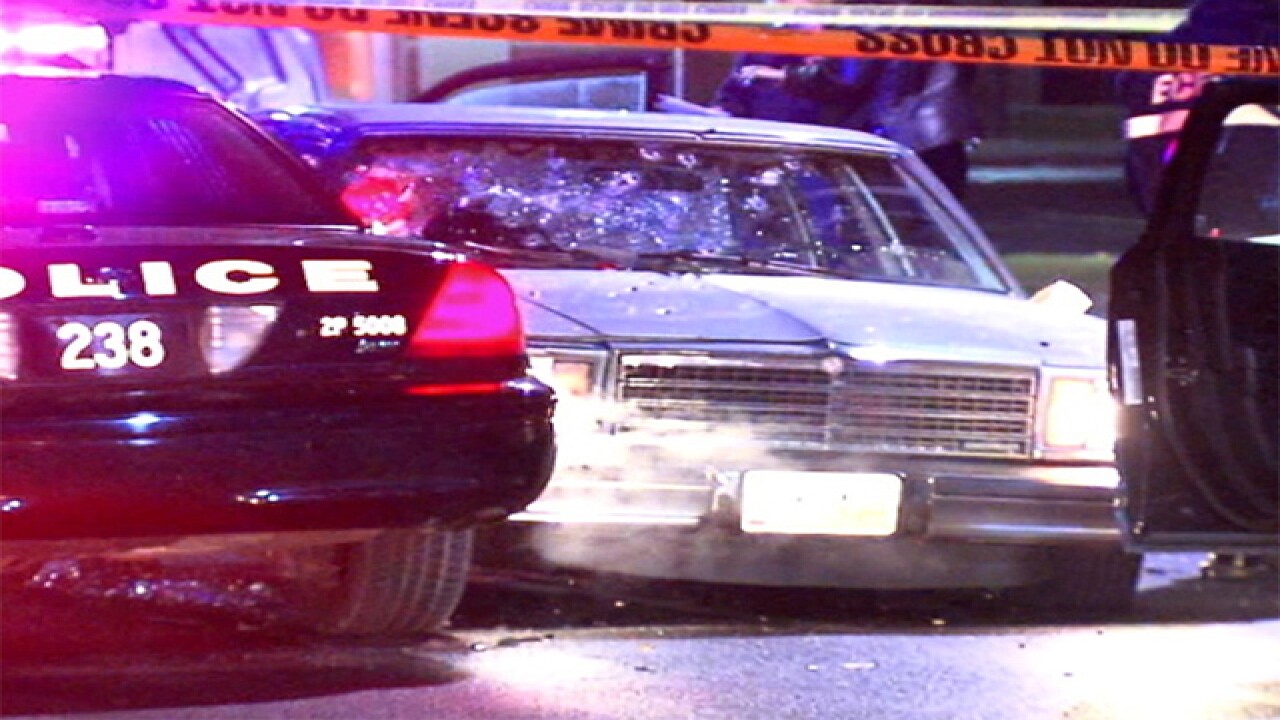 CLEVELAND, Ohio — It was a story that shocked and angered so many, including Jackie Russell.

“You’re used to hearing this about somebody else but not your own family,” said Russell.

Russell’s brother-in-law is Timothy Russell. Russell and Malissa Williams were involved in the September 2012 high-profile police chase that ended with officers firing 137 shots at the vehicle and leaving both dead.

“There’s been multiple versions of the film, hundreds of different cuts and because it was such a sensitive subject manner, I really wanted to make sure we got everything right and that’s why it took many years,” said Milano.

Milano’s documentary 137 shots profile the story of the 2012 incident, and Jackie Russell who lived it is an actress in the film. 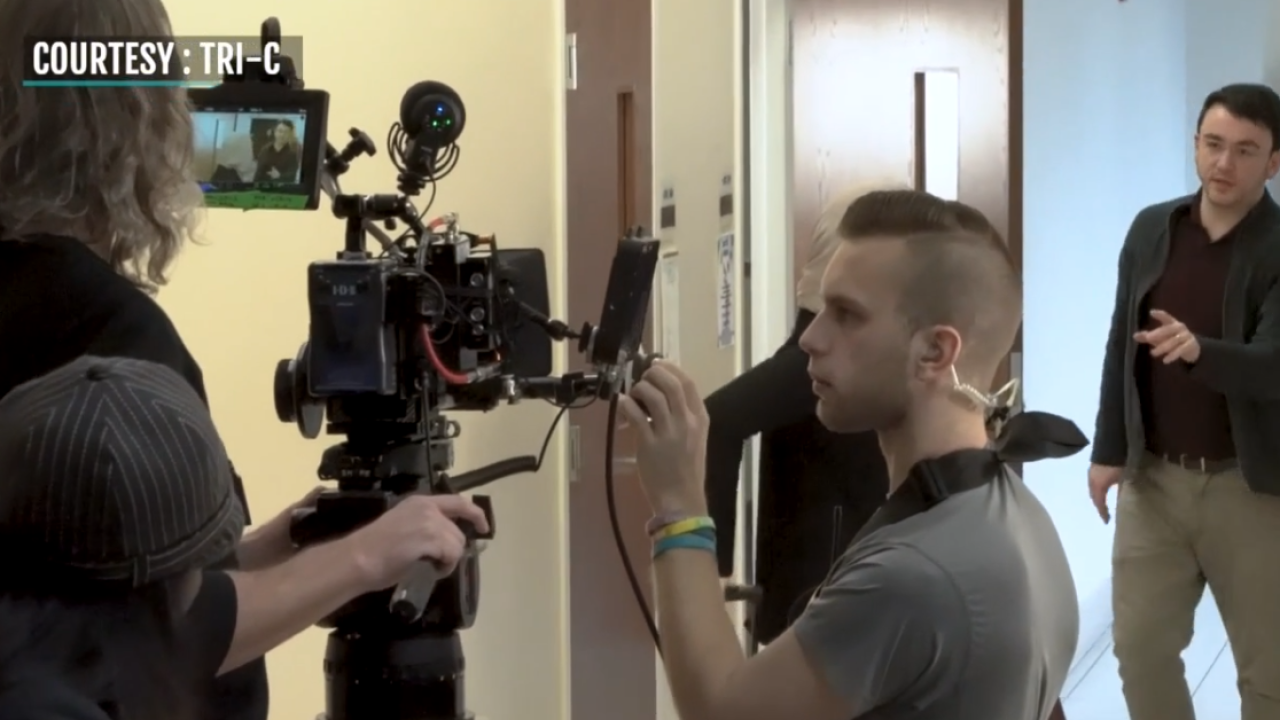 CLEVELAND — Cleveland and Northeast Ohio have some deep roots in the film industry. According to the annual rankings from the magazine Moviemaker, Cleveland remains one of the best cities in the country to live and work in for those in the industry.

Now a film intensive class is returning to Cuyahoga Community College after a pandemic hiatus to help budding filmmakers get experience.

Led by an actor from the HBO Series “Band of Brothers” and the movie “Hook,” James Madio is helping aspiring industry professionals know the ins and outs of the film industry. 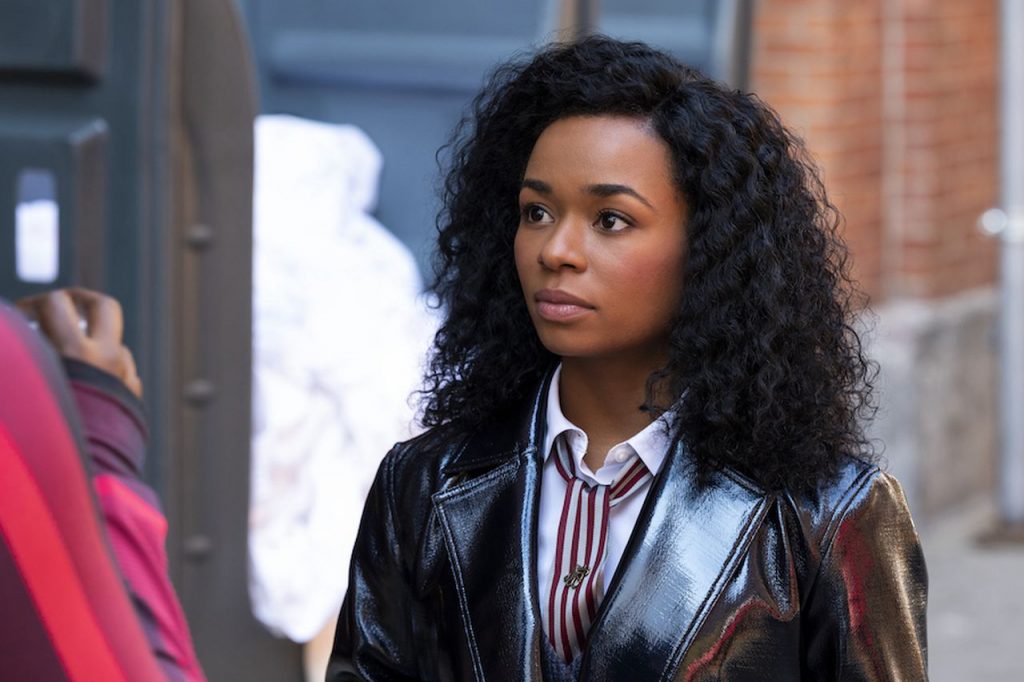 It wasn’t uncommon for Floyd to spend her hours after school rehearsing violin for Cleveland Orchestra Youth Orchestra appearances at Severance Hall while eating dinner in the back of the family van before going to Cleveland School of Ballet lessons.

The daughter of a music educator and attorney, the precocious youth was also a competitive figure skater at the Cleveland Skating Club before venturing into musical theater with performances at Cleveland Play House, Dobama Theatre and Cleveland Public Theatre and more.

GCUFFlinks, an educational program launched in 2015 that prepares aspiring young filmmakers and actors from Greater Cleveland for the world stage, is already proving successful for its students with awards, gigs on feature-length films and more.

Under the tutelage of filmmaker–author Konnie Peroune, GCUFFlinks assists youths aged 13-17 to develop a love for storytelling, filmmaking, and other key components of the craft, such as screenwriting, sound and light direction, camera work, and composing. Peroune holds an MFA in film from Columbia University of NYC, and taught Screenwriting at Cleveland State University.

The program is an offshoot of the Greater Cleveland Urban Film Festival (GCUFF) which is now preparing for its 11th year. The mission of the festival is to enrich Black culture through cinema and connect communities by reflecting, sharing, and celebrating the African Diaspora, all while showcasing and educating young filmmakers. 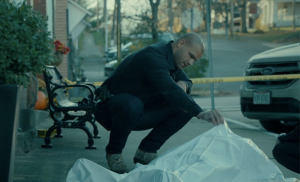 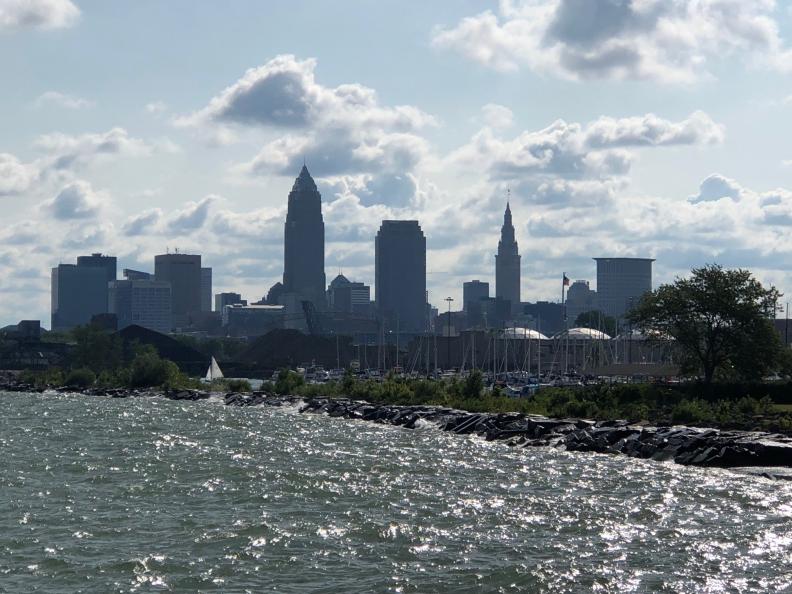