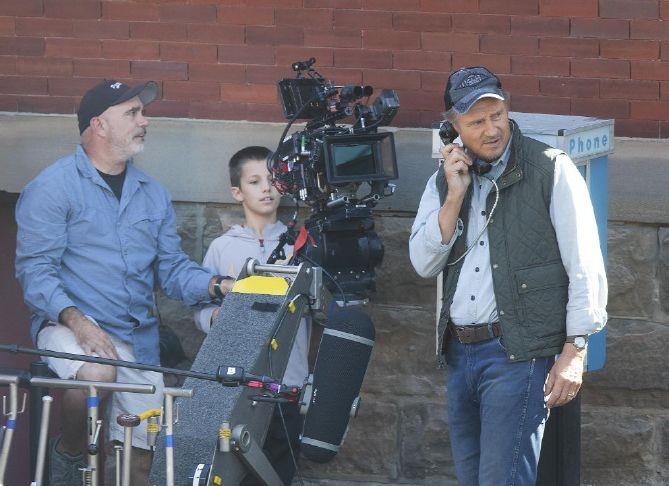 The Minuteman Set to Wrap Production in Cleveland

CLEVELAND, OH – The Minuteman, an action-thriller starring Liam Neeson, is set to wrap production in Cleveland, confirms the Greater Cleveland Film Commission (GCFC). Director Robert Lorenz, along with Chris Charles and Danny Kravitz, a Cleveland-native, co-wrote the poignant screenplay about a Vietnam veteran and rancher who safeguards a young Mexican boy as he is chased across the U.S. by cartel assassins.

The cast, in addition to Neeson (Taken, Widows, The Commuter, and Cold Pursuit), features Kathryn Winnick (Vikings) and Juan Pablo Raba (Narcos). Since the production began in September, scenes from The Minuteman were filmed on location in New Mexico and in various Cleveland neighborhoods.

“The city of Cleveland and the Greater Cleveland Film Commission couldn’t have been more accomodating and welcoming,” said Producer Tai Duncan. “We enjoyed our time here and hope to work here again in the future.”

The film was produced by Zero Gravity Management’s Tai Duncan and Mark Williams along with Sculptor Media’s Warren Goz and Eric Gold. Voltage CEO Nicolas Chartier and Jonathan Deckter also were executive producers on the project.

“The opportunity to have The Minuteman film in Cleveland was unforgettable,” said Evan Miller, Greater Cleveland Film Commission, President. “We demonstrated how Cleveland can rise to the occasion for a large-scale Hollywood production. This remains a critical development component for our local film industry.”