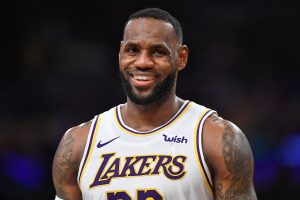 The “kid from Akron” is getting the Hollywood treatment! With production on the LeBron James biopic — here’s everything you need to know…

Shooting Stars will tell the story of James’s childhood years and his time with his group of high school teammates he dubbed the Fab 5 as they set out to take home the high school national championship, according to Cleveland.com.

“A lot of it we want to stay very true to LeBron’s story,” casting director Angela Boehm told the site.

“We are looking to create the atmosphere of what his story looked like. Cheerleaders, band members stadium fans, librarians, cafeteria workers, all of it,” Boehm said on April 10 of her agency’s search for 600 extras.