These are the faces of the Ohio film and television industry.
Over 5,000 full-time-equivalent (FTE) jobs have been created since the Ohio Motion Picture Tax Credit was enacted in 2009. If the program is discontinued, most of those people will have to seek employment in other states.
According to a study by the Motion Picture Association of America (MPAA), over 850 businesses have been used in the state. The program has had an economic impact of nearly $700 million. For every dollar that is spent on the program, $2.01 has come back to Ohio’s economy, according to a 2017 Cleveland State University study. The average salary in the media industry in Ohio is over $60,000 per year.
The state invested $7.5 million in Cleveland State University’s School of Film and Media Arts. There are currently 300 students and that number is expected to rise each year. These students have chosen to stay in Ohio and attend CSU. They could have chosen film programs in other states, but they wanted to stay in Ohio. They are expecting to graduate and get a job in their desired field. That won’t happen without the tax incentive. Please, let’s not create a situation where the state educates people in Ohio and then forces them to leave to pursue employment.

YOU CAN HELP US #SAVEOHIOFILMJOBS!

If you couldn’t make it to Columbus to testify, or be a part of our video, there are several other ways you can help! 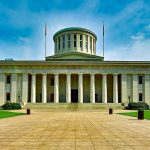 Contact Your Lawmakers – Click HERE
Write an email, mail a letter, or even make phone calls to the decision makers!

Use our template letter and personalize it to each recipient, or create your own. 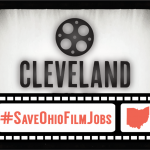 Share, retweet and regram these posts to help raise awareness.