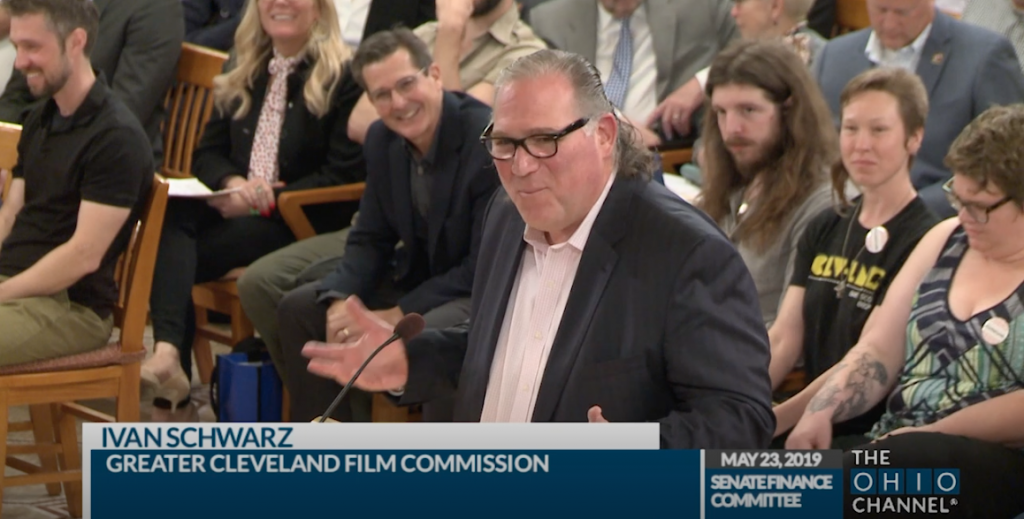 My name is Ivan Schwarz, and I am the President and CEO of the Greater Cleveland Film Commission. I am here today to testify to the importance of keeping and expanding the Ohio Motion Picture Tax Credit. Thank you for the opportunity to testify before you today to discuss how we can continue to create and grow a media industry in the State of Ohio.

Let’s start with some numbers. Over 5,000 full-time-equivalent (FTE) jobs have been created since the Ohio Motion Picture Tax Credit was enacted in 2009.  If the program is discontinued, most of those people will have to seek employment in other states. According to a study by the Motion Picture Association of America (MPAA), over 850 businesses have been used in the state.  The program has had an economic impact of nearly $700 million. For every dollar that is spent on the program, $2.01 has come back to Ohio’s economy, according to a 2017 Cleveland State University study. The average salary in the media industry in Ohio is over $60,000 per year.

The state invested $7.5 million in Cleveland State University’s School of Film and Media Arts. There are currently 300 students and that number is expected to rise each year.  These students have chosen to stay in Ohio and attend CSU. They could have chosen film programs in other states, but they wanted to stay in Ohio. They are expecting to graduate and get a job in their desired field. That won’t happen without the tax incentive.  Please, let’s not create a situation where the state educates people in Ohio and then forces them to leave to pursue employment.

Film also is an industry that pays well at entry-level positions and has many different entry points.  You don’t have to be a college graduate to succeed and earn a comfortable living. You can get work in the industry after high school; after attending a community college; after attending a four-year institution; after getting a master’s degree; or as a mid-career change.  The film industry accepts ALL hard-working people. 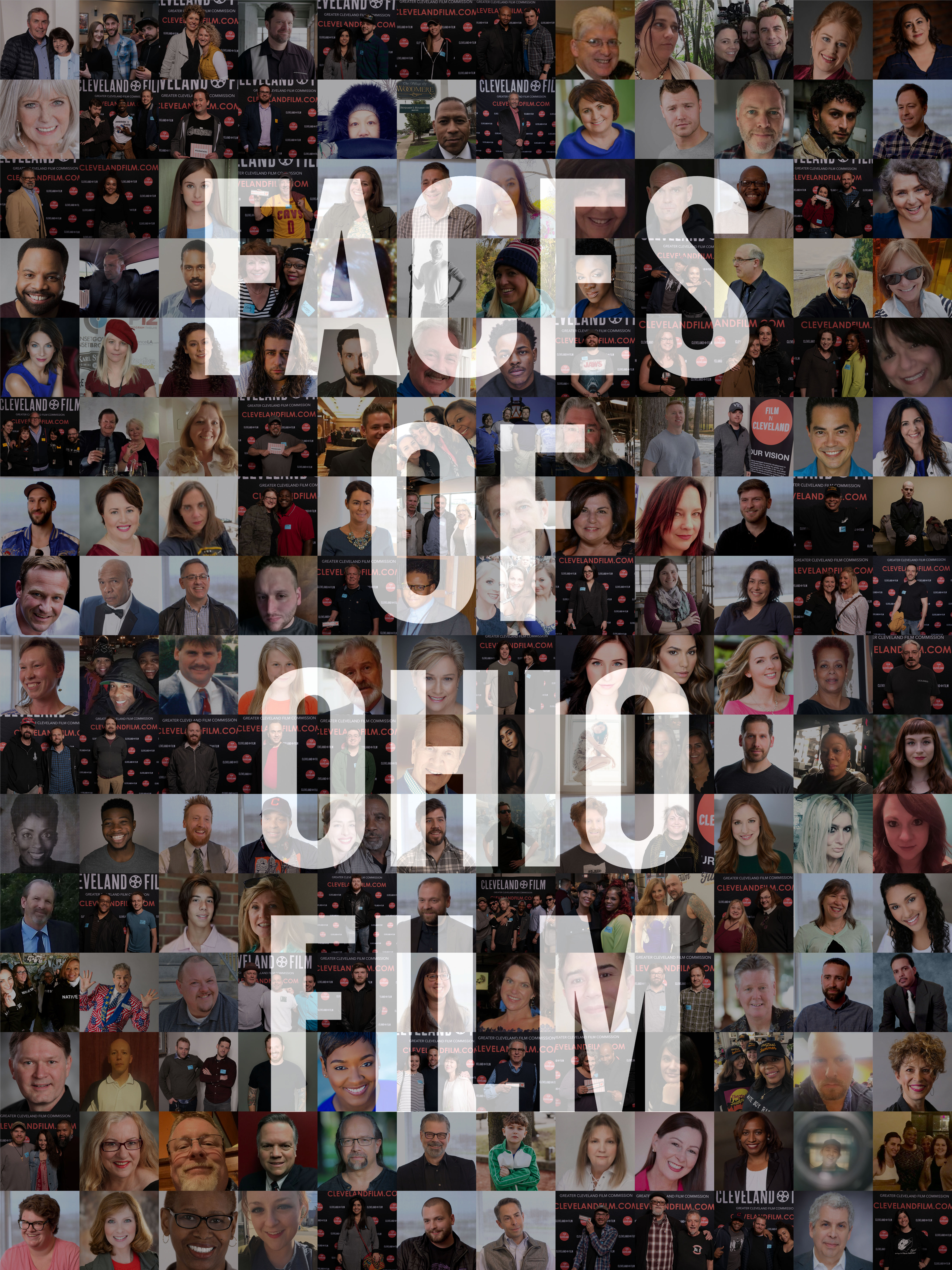 These are the faces of the people who work in film and TV in Ohio.

Simply put, the media industry is the “new” manufacturing in Ohio. As with all manufacturing jobs, many people who contribute to creating media productions assume key roles behind the scenes, like line workers. Ninety-five percent of people working in the media industry will never walk the red carpet, but rather will play integral roles in the creation of the artistic content. Production crew jobs include grips, electricians, gaffers, caterers, production assistants, drivers, accountants, set builders, plasterers, location managers, security, painters, medics, script supervisors, policemen, security guards, boat wranglers, editors, foley artists, boom operators, sound mixers, camera loaders, cable pullers, production coordinators, assistant directors and many others. The film industry brings these jobs to Ohio, creating employment opportunities for a diverse workforce. In 2009, only 12% of the production crews were local.  Presently, anywhere from 80%-85% of the crews are Ohio workers. The hours are long and the work is not glamorous – but it’s meaningful, plentiful and well paid.

Let’s be very clear – NO projects will come to Ohio without an incentive.  These projects will go to other states. Thirty-four states have some type of incentive program.  More content is being made today than ever before. This is not a race to the bottom; it is a race to the top. This is brand new money to the state. Money that would never be spent in the state if not for the incentive.  The state of Ohio is not in the position to turn away people who want to move here or to turn away hundreds of millions of dollars filmmakers want to spend in our state – filmmakers who hire local people to work on their projects and use local goods and services.

To the groups saying we should use the incentive money in other ways, like to hire more teachers, your views are misguided. If we keep losing population, then we will not need as many teachers.  The state needs to focus on creating high-paying jobs, keeping young people from having to leave the state to seek employment and attracting new people to work and live in the state. The film and media industry checks all three boxes.

I understand that the impact of the media industry can be hard to understand, especially because it isn’t easy to physically see – right now it’s not housed in new factories or buildings. But just because you can’t always see it, doesn’t mean it isn’t making an impact. Just because not everyone is familiar with how movies and television shows are made does not mean they are not important to the growth of our state’s economy. However, what I think we all can understand our jobs … and there is demonstrable proof that this industry creates jobs for Ohioans.

Finally, the inclusion of theater is also very important in helping grow our media industry.  This brand-new money to the state. The three parts to this addition to the OMPTC would not happen unless there was an incentive in place.  This would be a new and amazing opportunity for the state.

Let’s create an industry in Ohio that helps increase the tax base by growing the population with high-paying jobs so that we can train people to “fish” and put food on their tables. I urge you not only to vote to keep the tax incentive in place but to raise the incentive from $40 million per year to $100 million per year.

Over 30 people gave testimony, in addition to President Schwarz’s, in front of hundreds of vested supporters at the Senate Finance Committee hearing on Sub. HB 166 on Thursday, May 23rd, 2019.