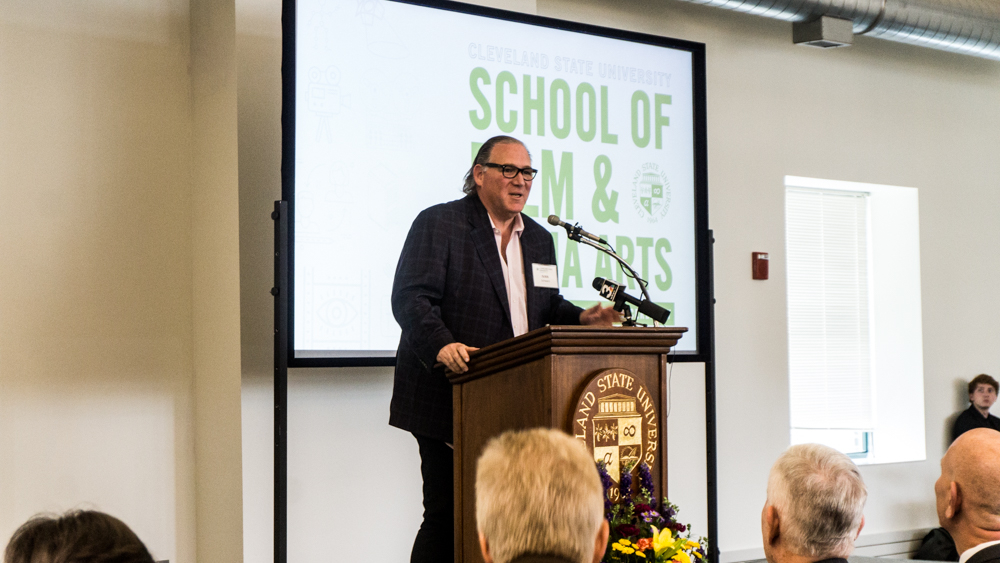 “We are primed to be a player in this industry if we choose.”

President and CEO Ivan Schwarz spoke passionately yesterday about the potential of the Cleveland film industry, and the importance of the CSU School of Film & Media Arts.

The new school had its official dedication and ribbon-cutting ceremony yesterday; a culmination of years of hard work on the part of the Greater Cleveland Film Commission, Cleveland State University leaders, and Ohio and city representatives. 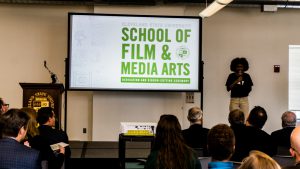 “Everybody’s going to be ready to go into the workforce”, says student Thyra Chaney.

Originally from California, Thyra captured it perfectly. The next generation of filmmakers are gaining the skills, knowledge, and experience they will need in order to work in the fast-growing Cleveland film industry.

The school’s first 300 students are already fully immersed in the film and media curriculum in the brand new classrooms, which include state-of-the-art animation and editing labs, a motion capture space, a mobile operations simulator room, and soundproofed shooting stages customizable to any project 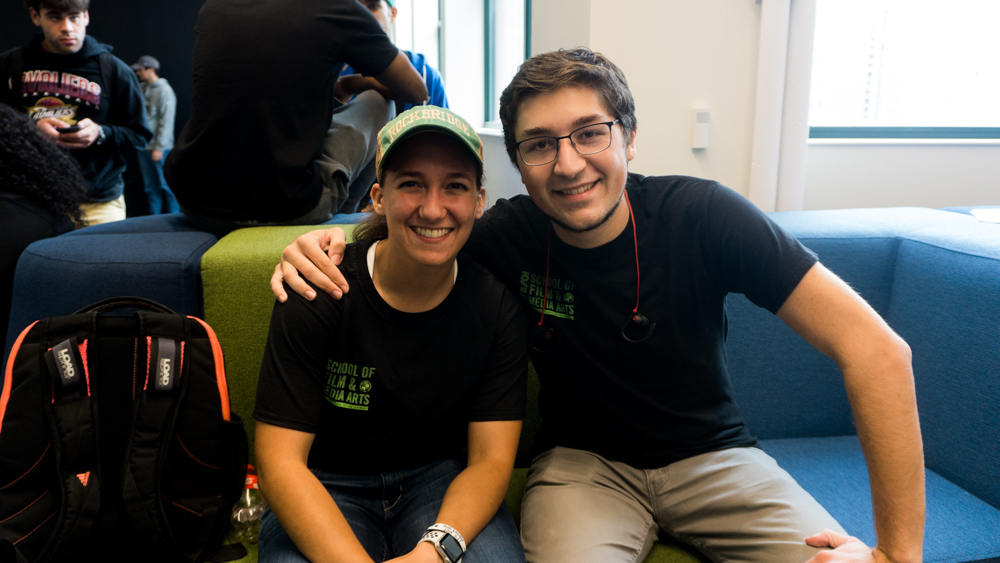 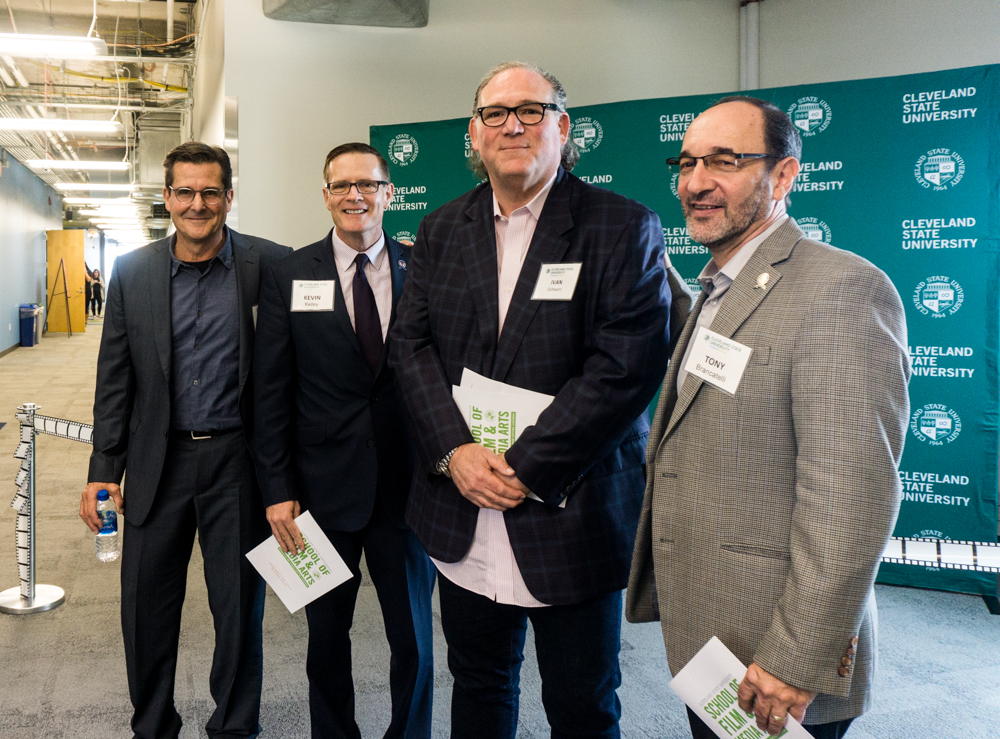 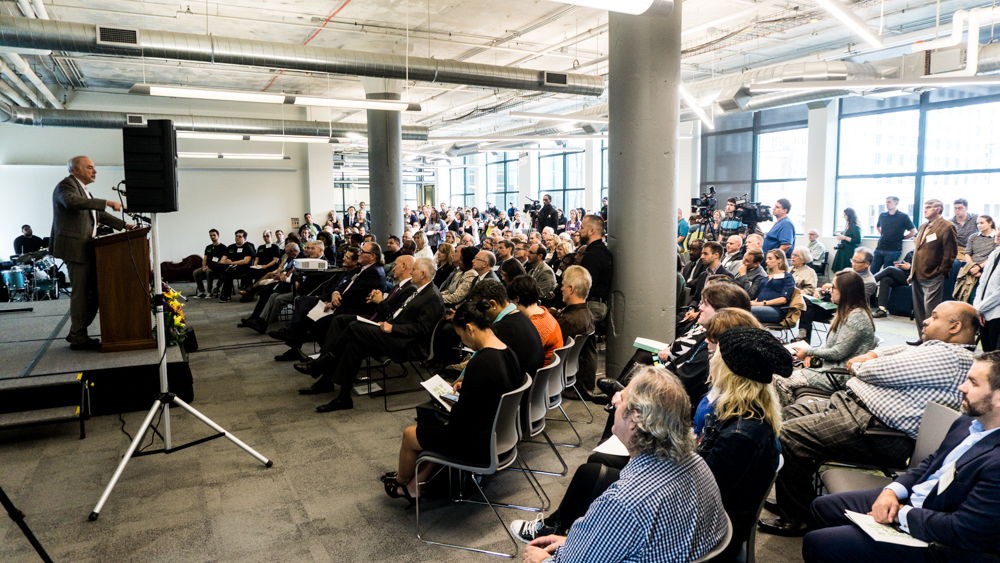 Former CSU President Dr. Ronald Berkman discussed the amount of work and dedication on the part of the GCFC and others required to bring this new school to fruition