Crain’s Cleveland Business has been following the Cleveland Film industry closely, sitting down with GCFC President & CEO Ivan Schwarz at the beginning of the year to discuss increasing the Ohio Motion Picture Tax Credit and what the proposed increase to $100 million will mean for Northeast Ohio. The recent conversation with Robbie Chernow of Good Deed Entertainment (GDE) takes an in depth look at how film companies are throwing off tradition and leaving New York and L.A. for Ohio.  ORIGINAL ARTICLE HERE 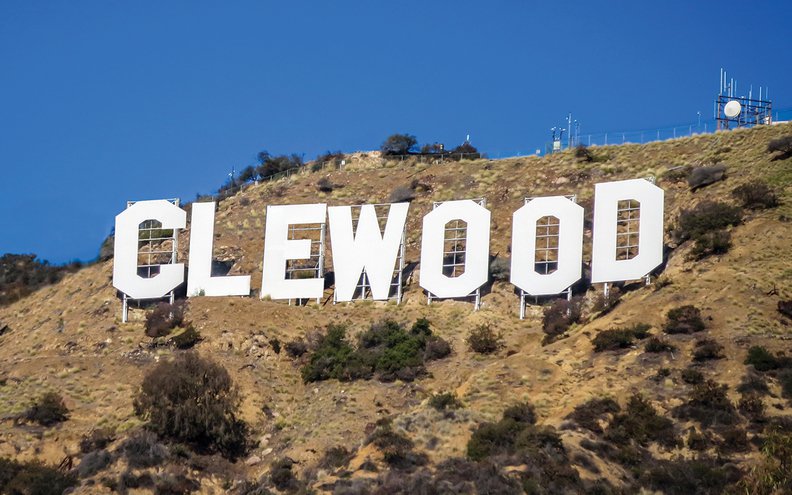 It was a few weeks before Christmas last year when 31-year-old Robbie Chernow arrived by car in Ashland, Ohio. He’d just taken a job as executive assistant at a new film production company called Good Deed Entertainment (GDE), which had, like Chernow, relocated from Los Angeles the month before. Pining for job security and a breather— he’d been working 12-hour days — Chernow accepted GDE’s offer eagerly.

Now, at the start of December, instead of Sunset Boulevard, he found himself driving amid falling snow and Amish buggies.

“It was like jumping into a Hallmark movie,” Chernow recalled. “I remember going up Main Street in December, thinking, ‘I am in the quaintest town in America.’ No joke.”

Part of a trend of coastal film companies fleeing the burnout and high turnover of New York and L.A., GDE shows the potential for a startup to thrive in Ohio’s burgeoning film ecosystem. After the grand opening of Cleveland State’s standalone film school last August, GDE and a number of other companies are positioning themselves to shun tradition and do the previously unthinkable: attract and keep industry talent and productions in Ohio rather than Hollywood.

With filmmakers and the Greater Cleveland Film Commission advocating for a $60 million increase to the Ohio film tax credit this year, every aspect of the industry is wondering: What the heck is taking so long for Columbus to act?

To Chernow’s mind, the possibility of a gigantic tax benefit was just part of the reason to say goodbye to West Coast life.

He’d been shopping around a film he’d written, an Adam McKay-style comedy based on his experience “attending a bachelor’s party in Chicago alone,” and had even met with the producer himself. Two years spent shuttling between L.A. and New York for meetings on the project, while also working at NBC Universal — where he read an endless parade of cookie-cutter scripts — had led Chernow to grow cynical and experience a “loss of a lot of heart and soul.”

“But when I met with [GDE], I bought into their vision very much,” he said. “To me, their vision was a really exciting proposition. I mean, one that had me pack up my stuff and drive across the country.”

A Georgia state of mind

As far as other states drawing West Coast film companies, there may be no better model these days than Atlanta. After the state uncapped its film tax credit program in 2017, there was a mad rush of production companies and actors into the city, leading to an economic impact of $9.5 billion. FilmLA, the nonprofit film office for the city and county of Los Angeles, dubbed Atlanta the No. 1 Filming Location in the World.

That model is what film heads in Cleveland and around Ohio point to as proof of this region’s potential if the current tax credit’s $40 million cap is raised to $100 million. Film commission president Ivan Schwarz asserted that the credit is not just a perk for out-of-staters, but an absolute necessity to draw and keep new startups working in Ohio.

A proposition for the $60 million boost as part of Senate Bill 37, Schwarz said, could not only encourage more events like “Captain America” shooting on Public Square— a production that spent $35 million alone on wages, creating 3,875 temporary jobs — but create a stronger environment for more startups like GDE, film distributor Gravitas Ventures and the nascent Dakar Studios, looking to fund projects here that use local talent.

“And the only way to do that is to have a robust incentive,” he added. “Without it — nope! They’re not gonna come.”

Frederic Lahey, the director of Cleveland State University’s new film school, said he’s right alongside Schwarz as far as convincing state politicians goes. Even if the $100 million incentive comes through, however, he noted that production companies, whether temporary or stationary, are still going to be on the hunt for grips, assistants, lighting techs and postproduction talent at the ready. With applications to his program up 70% since last March, Lahey said his 290 students could fill production roles easily. He even wants to have GDE staff guest-teach a class someday.

“Meanwhile, we’ll be providing the farm team,” he said.

Critics of SB 37, such as Micah Derry, director of Americans For Prosperity — Ohio, claim that a $60 million increase to the incentive would actually have a negative impact on Ohio taxpayers. In testimony before the Ohio Senate in early March, Derry cited as examples Maryland and Michigan, states that made similar tax increases in the past few years that didn’t prove glowingly beneficial.

In Michigan, Derry noted, the “average job associated with film tax credits was an average of 23 days,” adding that such “subsidies” should be done away with — “fade to black on film tax credits” — to create “a stronger economic environment for all businesses.”

Schwarz countered that the benefit to Ohio is anything but short-term. A $100 million budget, he said, would not only “cause my phone to be ringing for days,” but could lead to something grander: a 10-soundstage, 250,000-square-foot media tech campus. That, he added, would eventually generate up to 5,000 jobs.

“I want 15 GDEs coming here,” he said. “I’m not talking minimum-wage jobs for a couple of months. I mean, I want an industry so big that a huge Marvel movie could take over the studio and make their move here.”

After three months in operation on Main Street, Good Deed is beginning to ease into its new digs.

Success has come in flashes. Andrew Myers, who moved with his wife and two kids from L.A. to become GDE’s creative executive, said GDE is in the process of taking on a “grounded” sci-fi script that will be shot nearby. Nikki Stier Justice, GDE’s chief operating officer since 2014, is prepping promotion of five GDE films set to show at the Cleveland International Film Festival.

And Chernow, just three months in, is set to shed his role of executive assistant and get more involved in all aspects of production and distribution.

“It’s one thing that I told Scott (Donley),” he said, naming GDE’s founder. “That I’m down to work here for life.”

As far as missing Los Angeles, no one on GDE’s five-person staff appears nostalgic for the two-hour commutes and high rent (“I have, like, a two-bedroom now that’s $700 less than what I was paying,” Chernow bragged). Even if they need to fly out west to meet with executives, Justice said, the trips in sum cost less than what it would to live and produce out of Hollywood.

In fact, Justice is deep-down enamored of the company’s new headquarters, which will soon feature a 25-seat screening room and a fully operational soundstage on the building’s third floor. They’ve even taken in four interns (one from CSU’s film program) to help with script screening.

A horror film set in Medina? Maybe a Christmas rom-com right on Main Street? It’s all possible in Ohio.

“The plan was always to have productions going in Ashland and the surrounding areas,” she said. “We wanted to create a new model, have multiple projects going per year. And building that studio infrastructure around the community here.”

Justice added, “And we wouldn’t even have to have the film set in Ohio. For us, there’s something here that just embodies small-town America. And what’s not to love about that?”