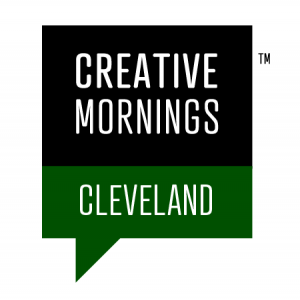 CreativeMornings Cleveland started off their 2019 series by thinking about the SURREAL, the bizarre, and the extraordinary; what better way to start this series than by talking about the “Movie Magic” present in the  Cleveland film industry?

Ivan talked about the surreal as it’s captured for the big screen from the myriad of incredible locations found all across Northeast Ohio, and how Cleveland can be THE place for producing entertainment content if it wants to be.

From CreativeMorning Cleveland:
Moving from Cleveland to L.A., Ivan Schwarz has been on a mission to build the film industry in Northeast Ohio, and he’s been quite successful in attracting blockbuster film productions from the biggest Hollywood based studios. The work is, however, far from over with more jobs, industry, and infrastructure to be built. He talks about siloed leadership in our communities, craft beer, and the opportunity that is available if everyone works together to say yes, to everything.