This piece is by Jereme Gelske, one of our Spring 2018 interns from Kent State University.

A Quick Look at Our Marvel Cinematic History

After 10 year and 18 movies, the Marvel Cinematic Universe is finally ready to release its highly anticipated Avengers: Infinity War. What most fans probably don’t know is just how big of an impact Cleveland has had on their films over the years.

In 2012, Marvel released a movie that cemented its place in cinematic history: The Avengers. However, “The Battle of New York” is actually the battled of Cleveland!There are a number of scenes in The Avengers that were shot in Cleveland, but most notable is the entire final act. There aren’t many cities that would allow a studio to shut down major streets for days at a time, but thankfully, ours is one of the most flexible when it comes to adapting for a film. 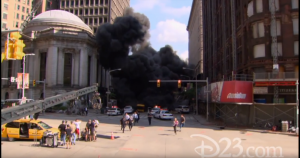 As seen in The Avengers, Cleveland can double as New York no problem; or even as Stuttgart, Germany. Who knows what scenes like these could have looked like had Cleveland not been such a fantastic host?

“Cleveland has been amazing. We wanted a real street feeling to the scenes, and we got that” said Jeremy Latcham, co-producer for Avengers. 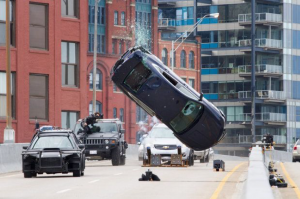 If you get some free time, search YouTube for videos of The Avengers shooting in Cleveland. There is a ton of footage out there and it’s really cool to see just how much goes into creating these scenes! You’ll also be able to see precisely where in the city different sequences were filmed.

Cleveland made such a great impression on Marvel that they even came back for Captain America: Winter Soldier, directed by Cleveland natives Joe & Anthony Russo!  Winter Soldier is regarded as one of Marvel’s best films, if not the best. 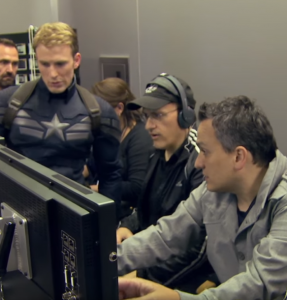 The Russo Brothers and Chris Evans as Captain America

The Russo Brothers were raised in Cleveland and attended Benedictine High School before studying as grad students at Case Western Reserve University. Their success in film and television eventually led them into the Marvel pantheon of directors. I encourage you to research their journey into the movie/television industry; it’s incredible!

The Russo Brothers apparently didn’t plan on leaving the Marvel universe anytime soon, seeing as they helmed the third Captain America film, Captain America: Civil War. While this wasn’t shot in Cleveland, we did get a shout out! During Zemo’s quest to learn more about the Winter Soldier, he had to interrogate an ex-Hydra agent hiding out in…Cleveland! This makes our city one of only a handful to officially exist in the Marvel Cinematic Universe!

The Russo Brothers are now, as everyone knows, the directors of both Avengers: Infinity War and the Untitled Avengers 4. Here’s hoping we get more Marvel movies filming in town throughout the coming years! We would be so happy with getting another shout out in the MCU. Who knows, maybe the soul stone is in Cleveland?

An honorable mention should be given to another Marvel movie that shot in Cleveland even before The Avengers way back in 2006…Spiderman 3! The sequence where Spiderman has to take down the Sandman during their first fight actually happened here on Euclid Ave.

It’s important to keep in mind that productions like these come to Cleveland for three things:
1. The Ohio Film Tax Credit
2. The incredible people (that’s you!) and local crew
3. A city that shuts down entire streets for filming

The Greater Cleveland film Commission supports the people and city of Cleveland by working incredibly hard to increase local media production and promote our city to the world.

The Marvel Cinematic Universe has impacted us just as much as we have impact it. Massive projects, like Marvel films, really helped put Cleveland on the map as a truly incredible place to make movies. Captain America: Winter Solider alone brought an estimated 500 jobs to Cleveland throughout the duration of the project, so just imagine how many people could find work if movies of this scale regularly filmed here. This is the goal that the GCFC is trying to achieve each and every day. Cleveland has the crew, the talent and the streets…so let’s use them! 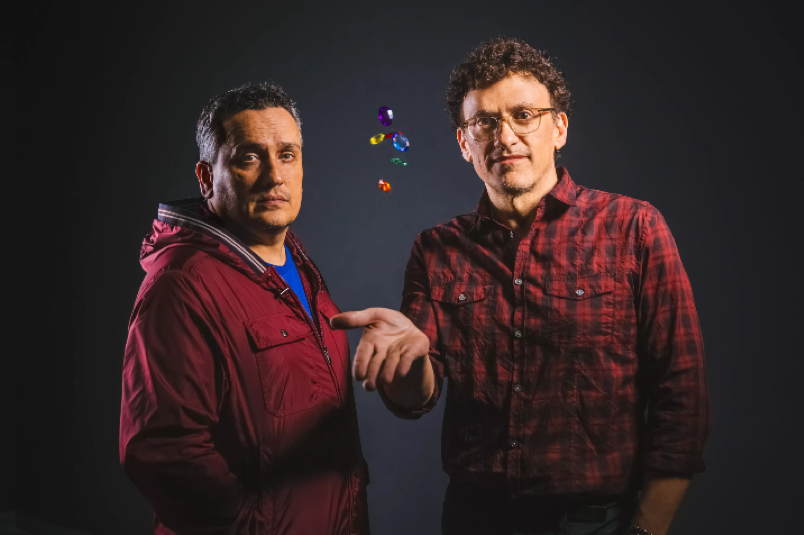