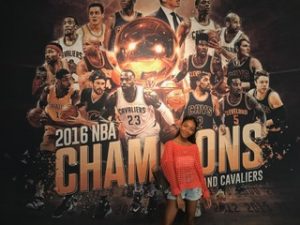 When looking for opportunities to expand my career knowledge in film and media productions, it was the Greater Cleveland Film Commission (GCFC) that really connected with me.

I was born in Cleveland. Raised in Cleveland. Went to school in Cleveland. Cleveland is where I found and recognized my passions for film and storytelling (in a little theater right across the street from my home).

One thing I knew when getting hired to be a GCFC intern was that not only would I learn more about the industry, but also I would be able to merge filmmaking with the love and appreciation I have for the city that took part in creating who I am.

Here at the GCFC, if you pay close attention to what is happening, it’s obvious that it’s less about going to the movies and seeing your downtown get invaded by super heroes and villains (even though that is super cool), and more about showcasing and promoting Cleveland’s potential. GCFC accomplishes something even greater by doing this. They build, grow, and expand an industry and a community. This is what connected me to GCFC.

So now I am here! I am filled with excitement as this is my first day and already I’ve been given the task of breaking down a script. I’ve come to GCFC to learn more about the business aspect of film. I want to learn more about the industry and how it works. Who are the big players? Where’s the talent? How do you find who you need to find for what? For those of us who aspire to have a real career in film, this is an opportunity to get first hand experience on how all this stuff really works. How does a movie make it to the big screen or any screen for that matter. 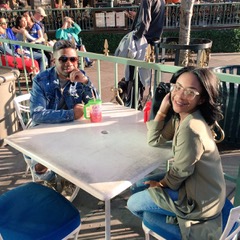 I am a senior at Kent State University majoring in Digital Media Productions and Journalism. What I hope to succeed at in my career is to establish my own production company where I can produce and write films. I’m excited to learn more about how pre-production works here at GCFC, as this is what sets a film in motion.

Perhaps the most exciting part of being here is the opportunity to scout locations. Very recently have I discovered the role of a location manager, which is to scout and confirm locations for specific scenes in a movie. I thought not only would this be a good entry level job (although I’m not quite sure how entry level this can be considered) to get into the film industry, but also how awesome would it be to say you’ve chosen the location for some of your favorite movies. It was this thought and my passion for travel and discovering new places that lead me to decide this is where I want to start in film.

As a GCFC intern I’m thrilled to able to scout locations as it’s opportunity for me to gain knowledge but as well as show the best parts of my city and it’s potential.

As you can see I think I am right where I belong and I am excited to begin this journey and give GCFC everything I have to offer and allow my contribution to add to their impact.