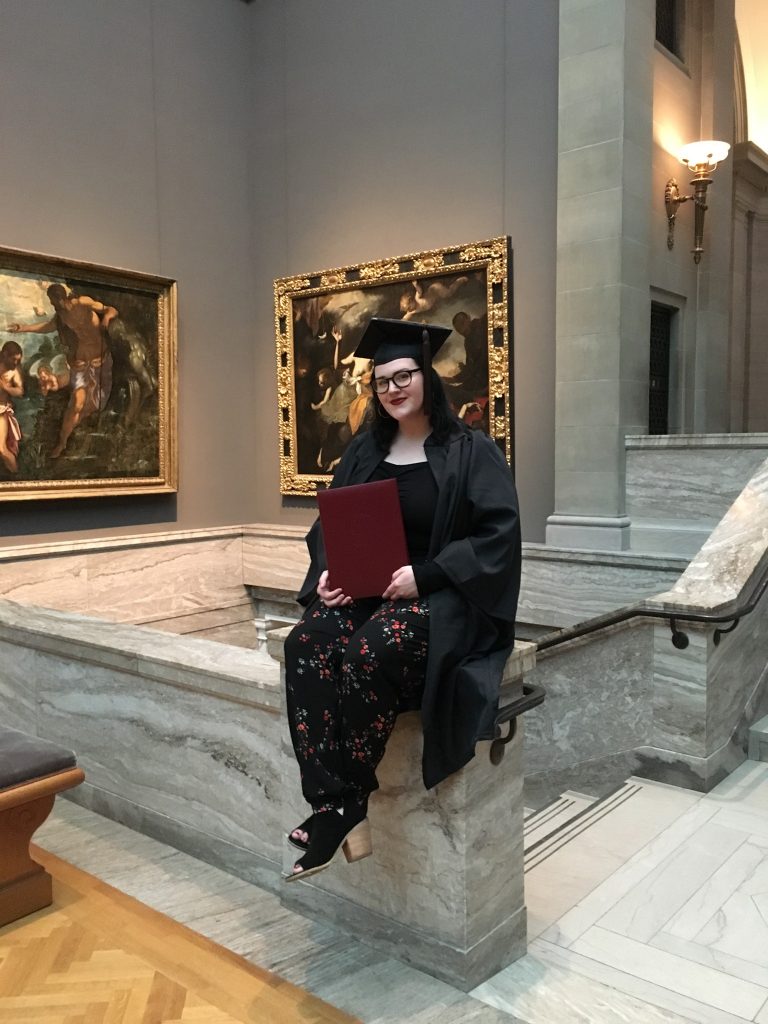 Hello! My name is Sam Butler and I am a recent graduate from the Cleveland Institute of Art (CIA) with a BFA in Photography and Video. I was born and raised in Cleveland and have always been interested in visual art and story-telling.

It’s hard to pick a favorite movie or genre because each one serves its own purpose, but I have always been a fan of independent films. Throughout school, my love for smaller films only grew as I slowly learned how much goes into making a short film. Some of my favorite directors are Andrei Tarkovsky, Barry Jenkins, Yorgos Lanthimos, Greta Gerwig and David Fincher. I’m a big fan of A24 and have watched nearly everything they’ve produced.

Now that I have more free time, I’ve been watching a lot of shows that deal heavily with lighting and set design so Euphoria, Insecure, Atlanta, Legion, and Homecoming.

I wanted to intern at GCFC because it allowed me to get a better understanding of what happens when companies want to film locally while also gaining more knowledge on the ins and outs of film production. I’m hoping that I walk away with a better idea of how the film industry works as I take my next steps forward as a filmmaker.

During my time at CIA, I was able to learn just how much goes into making a short film while simultaneously getting to play the various roles in film (i.e director, editor, sound, gopher). While I love being behind the camera and told myself for the longest time I wanted to be a cinematographer, I found a passion for directing and have begun shifting my time between both.

As an artist, I want to use my platform to create work that I deem not only important to me but also the people I work alongside in hopes of reaching larger audiences.

Check out Sam’s BFA short film A Frame of Mind.