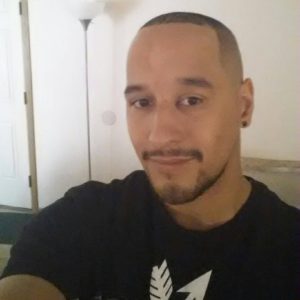 Hello, my name is Robert J. Smith, I’m 33 years old and I live in Olmsted Falls, Ohio. I’ve lived in Ohio for my whole life, I graduated from Olmsted Falls High School in 2004 and enlisted in the United States Marine Corps after that. I’m the oldest of 4 kids; I have 1 brother Jordan Smith and my sisters Sydney and Summer Smith, and my parents are Sheila and Robert Smith. I’m a huge Cleveland sports fan, love the Indians, Cavs, and Browns, and I’m also a HUGE Ohio State football fan.

I served my country by enlisting in the United States Marine Corps and became a Machine gunner(0331) I was in October 2004 until December 2009 when I finally received my discharge. I’m a combat veteran who served in Iraq during the summer of 2005 with the 3/25. Also in 2007, I was involved in a near-fatal car crash and broke my back and also suffered head trauma in the accident. But for everything I’ve seen in life, I’m still here with a positive attitude and looking forward to a new beginning. 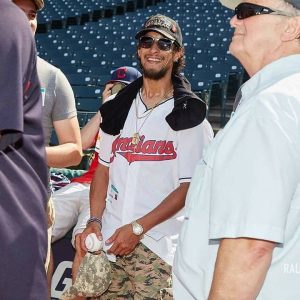 I’m a huge TV and movie person! Some of my favorite movies are GoodFellas, Friday, Training Day, Casino, and Half Baked. Also, some of my favorite shows ever are Power, Breaking Bad, Freaks and Geeks, Law and order: SVU (and yes I’ve watched every episode ever created, all 21 seasons). I’m also a huge WWE fan. With that said, I’m excited to learn all the details and behind-the-scenes stuff that needs to happen to get a TV show or movie created.

I’m excited for this opportunity to be an intern with the GCFC because I’m excited to see how TV shows and movies are created, and to learn about this industry. I want to be a positive example for other veterans out there. I’m also interested in the whole creative writing process, as well as just learning from the very friendly staff that they have here.