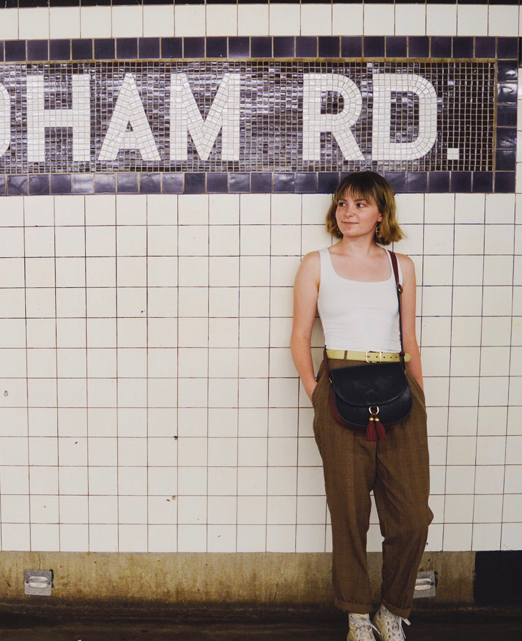 Hello, my name is Lizzy Jerse and I am a Cleveland native entering my second year at Fordham University. I plan to study Film & Television with a Business minor and have recently decided to apply for an additional Creative Writing major. I loved my Freshman year of gradually navigating New York City but am also excited for a summer home and the opportunity to work with the Greater Cleveland Film Commission.

I have always been an avid lover of the arts but constantly found myself being too afraid to be creative myself out of fear of failure. It wasn’t until a teacher’s guidance in high school turned me towards theatre that I began to understand that I too could contribute my creative prose to the play that is life. Aside from theatrical acting and crew work, I’ve developed a love for photography and film. My favorite movie, The Revenant, inspired in me a new appreciation for cinematography and general filmmaking, and great works such as this have ultimately pushed me to pursue my passion for film and media production. Over the past few years, I have created a collection of montage videos showcasing various adventures, big or small, from my point of view. More recently, I’ve stepped into the comedy world, performing on Fordham’s improv team Stranded in Pittsburgh and creative a comedy short called Find Your Twist for a college film festival. I am immensely grateful to have found a community of creative, talented, and hilarious people who have pushed me to find the confidence and inspiration to find my creative voice.

I wanted to intern with GCFC in order to familiarize myself with one of the many aspects which go into the filmmaking process, but also because they do truly amazing work for the city of Cleveland. I grew up watching the city that I love grow from being the punchline of many jokes (I have been shown that old Cleveland tourism parody video more times than I can count) into a thriving city of cultural celebration and innovation. Yes, Lebron did help show the nation what we Clevelanders are made of, but the GCFC helped to keep outsiders interested. They’ve brought in jobs and excitement to this city in ways I’ve never seen before, and I am so joyed to have this opportunity to work with them.

As for my future, I am not sure what exactly I want to do. There are so many working parts that go into a creative process; all I know is that I want to contribute. Although I am exploring many creative outlets, I am gravitating towards a long-term pursuit of jobs in production management. It is a great time for people of all backgrounds and identities to tell their stories and communicate powerful messages; I hope to be a part of this.

Check out some of Lizzy’s video works from over the years!