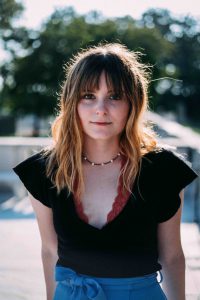 In my younger years growing up as a Cleveland native, I was constantly reminded by the world that this city was essentially, a dump. To the rest of the country, Cleveland was known for three things: our dying industry, terrible sports teams, and a river we had somehow managed to set on fire thanks to our pollution not once, but two separate times. Despite this, I loved my city. I knew that the people here have a special passion, a certain unspoken unity through our hometown pride unlike anywhere else.

During my later years of middle school, I was lucky enough to witness Cleveland’s rise. Lebron James returned home, creating a chain of events that would lead to a certain renaissance in the city. The Cavs won a championship, the Indians got to the World Series, and the RNC came to Cleveland. Suddenly, all eyes were on our city. The country began to notice what we knew all along: Cleveland is a unique and powerful city on the rise. Along with these accomplishments, the Greater Cleveland Film Commission has become a great benefactor of this success.

It is thanks to GCFC that The Avengers and Captain America: Winter Soldier were partially filmed in Cleveland, pushing into motion a new and unexpected industry of film production in the city. As time has progressed, more filmmakers and production companies are starting to notice Cleveland’s value. Each film made here boosts the economy, creates jobs, and inspires local actors and filmmakers to see advantages in staying in Cleveland to further their success in the film industry. This is all due to the passionate work of the people at GCFC who are truly aiming to make a difference in Cleveland.

I watched Cleveland revitalize from nothing over the course of my life here, and it has been an honor to work with the people who can be attributed to the success of the city.

Over the course of my week here, I’ve learned how to read and break down scripts, scout locations, and work with GCFC’s database which stores potential movie projects and available filming locations. With these tasks I’ve acquired a deeper understanding for pre-production and production occurring off set. I find it fascinating how much is involved in the long process of successfully making a script into a movie. I’ve also gained a sense of what it is like to work in an office. I am extremely lucky to have worked at GCFC for my first office-setting experience.

The Greater Cleveland Film Commission maintains a very welcoming environment in which individuals are encouraged to seek guidance and work collaboratively. The people here work passionately and for the good of the city but with an open mindset, full inclusion, and to guide and educate young adults entering into their career pursuit. This week has been one of the most enlightening opportunities I’ve experienced.

As I plan for my transition to college at Fordham University to study Visual Arts with a Film/Video concentration, I am confident I will be using the skills and advice I’ve acquired here both in school and in my career. I can’t thank the wonderful people at GCFC for providing me such a wonderful opportunity.