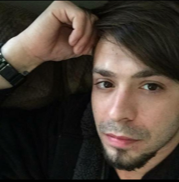 I lived in Northeast Ohio most of my life. I grew up in a couple small towns about 30 miles east of Cleveland, but ended up spending most of my teens in Madison, Ohio.

When I got my license, I would attend concerts in Downtown Cleveland area. I was always drawn to the big buildings, and I knew I just wanted to be close to the city.

I wasn’t sure what I wanted to do with my life, so in 2006, in the middle of two wars, I joined the military. This took me all over the world, and to fight in a war. On November 9th, 2007, I was injured on a combat patrol in Northeastern Afghanistan. Fast forward about a year,  I retired from the military, and I bought a house about 15 minutes away from the city.

Freshly back from traveling the world and fighting a way, I had to find what I was going to do with my life. After all the experiences I had just went through in war, and just my military experience in general, it turned me into a person with a lot of drive, and a nothing-can-stop-me attitude.

I followed my heart and pursued my passion of music, more specifically playing guitar. Started a band, got really good, and ended up getting signed to a record label. I got to travel and play music with my best friends, seeing places I had seen a million times in magazines or movies. Big cities like Seattle, Los Angeles, Miami, New York, just to name a few. With that, also getting to see the everything in between; i.e. middle of nowhere towns with the population of 100 or some random mountain passes.

In between all the traveling and sightseeing, I was able to do what I love to do, which is play music and inspire people. Seemingly as life has a way of moving forward, all of the music stuff has ran full course, and its time to find the next big adventure.

As all roads have led back to Cleveland, I’ve found myself (with the help of the VA) in touch with Ivan Schwarz, who is the reason I have this opportunity. I’ve always loved movies, just like most everyone does, but I’ve always been fascinated with what it takes to make a great film. There are so many opportunities to have an exciting career in the film/TV industry. I’m trying to jam my foot in the door, and take any and all opportunities.

Who knows, maybe I’ll get to be a part of some major blockbuster; you never know.