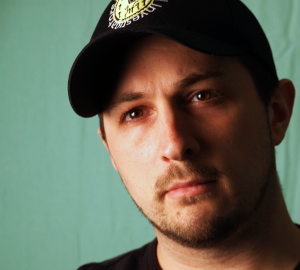 My name is Joseph Byers, I was born in Cleveland, Ohio. I lived in the Westpark area for pretty much all my life. When I was little my family did not have much money, so we used to go see movies almost every weekend.

When I was 18 years old, I tried to join the Army. I enlisted as an 11X, which was a subclass of an infantryman. Unfortunately, my grandmother passed away and I was unable to leave for basic training. A few years went by and I was still unsure of what I wanted to be or what I wanted to do with my life so I re-enlisted as an 11X again. This time I went through with it. Joining the military was probably one of the most rewarding and difficult things that I have ever done in my life. Removing myself from my family and going out into the world was very difficult, but it had to be done.

The old neighborhood that I grew up in was beginning to change drastically and I didn’t want any part of it. During my time in the Army, I was sent to Ft. Benning, Georgia for my basic training and had to stay there longer for my AIT (Advanced Infantryman Training). After that, I was told I am going to ship to Fairbanks, Alaska. I didn’t even know that there were people that lived there let alone a military base. Once I made it there, I’ll never forget, it was 11 o’ clock in the morning and it was still dark. The military experience after I was sent to my unit was an eye-opener. I realized it was going to be a lot more difficult than I expected. During the first month, I was promoted to team leader and oversaw my first 2 soldiers. After doing about 3 months of training, and getting to know my team, we deployed to Afghanistan. 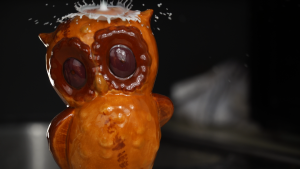 During my time in Afghanistan, I was promoted again to the Senior Vehicle Commander of my company. I oversaw every Stryker vehicle, every other vehicle commander and driver in my platoon. Unfortunately, seven months into my deployment, my truck was hit by an IED that killed my PSG, which was sitting three feet away from me and injured everyone including myself. My whole team was Medevac’d to Germany where they stabilized me and sent me back to the United States. After my surgery, I spent most of my time trying to figure out what I wanted to do with my life. I went to about five different colleges for different things but didn’t stick with any of them. Just within the past two years I found what I love to do, and it’s recording any and everything.

Finding my new passion brought me back to life and allowed me to try and return to my normal self after my injuries. I am now attending Full Sail University online, and am enjoying every minute of it. Currently, I am in Fundamentals of Production one and am in the process of making my second short film. Being behind the camera has given me purpose and has allowed me to find my creative self which keeps me going every single day.