I have been interested in film and television since I was very little, but my direction of focus changed once I reached high school. I attended a STEM school centering mostly around science, technology, engineering and math career fields. There were little to no extra-curricular activities and the only art class I had taken was during my freshman year. 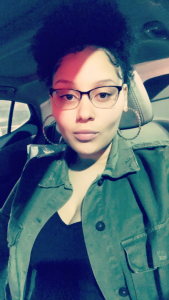 Throughout high school I held various internships involving medicine, some including Cleveland Clinic, Case Western Reserve and the Great Lakes Science Center. I was being groomed to become a surgeon, a neurosurgeon to be exact, and would major pre-med upon entering college. My focus reverted back to film and television when I obtained an internship with WVIZ and realized that medicine was not the field I truly desired.

Entering college, I did not know what to major in or what I wanted to do with my life. Due to my advanced credits, I was entering college as a sophomore and was told to choose a major quickly.

Ultimately, I chose Communications as my major and soon realized that I could mold in my love for entertainment. I am currently studying Applied Communications with a double minor in Digital Media Productions (Film) and Theatre.

I learned about the Greater Cleveland Film Commission from a fellow classmate while studying abroad in Italy. We were discussing internship opportunities and he’d mentioned his involvement with the organization.  After doing research, I knew that GCFC would be a great opportunity for me to learn more about the Northeast Ohio film industry and the needed skills to navigate the entertainment industry as a whole. Hopefully, with the skills I have obtained during my college experience and my internship with the Film Commission, I can branch off into a notable career as an actress and director.