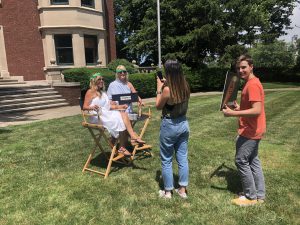 My name is Jack McDonough, a rising senior at Kenston High School in Bainbridge, Ohio. I’ve lived in Cleveland for 11 years of my life. The other 6 were spent in Toronto. I’m 17 years old; I’ve been interested in video since I was 12 and in love with it since I was 15. There’s something so magical about being able to tell a story through a camera and it’s something I’ve always wanted to pursue.

I think I became interested in making videos because of YouTube. Guys like Casey Neistat, Nerdwriter, VideoGameDunkey, Marques Brownlee, and David Dobrik all influenced me and got me interested in telling a story. However, they all do it very differently. Casey uses quick cuts and inventive editing to tell each vlog’s narrative. Nerdwriter takes a calm approach to describing the intricacies of movies, books, and pop-culture in a way that you’ve never thought of. Dunkey makes comedy a mainstay in his video game reviews, often times focusing in on one aspect of the gaming industry or a specific developer or company. Marques reviews technology, and with an incredible knowledge of the field and how things work, he is able to explain complex or confusing topics to the viewer with ease. David Dobrik makes 4 minute and 20 second vlogs chronicling his experiences with his friends, whether it’s lighting M80 fireworks while they’re asleep or buying them new cars. Each of these creators produce wildly different content but they all tell their story with purpose and intent. 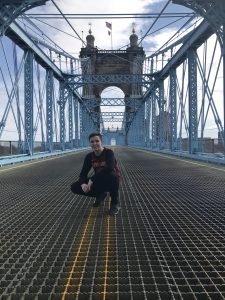 I firmly believe that story should be held above all else. I’ll take a 720p video with a great story over an 4K video with a bad one. Take a look at someone who got his start on YouTube, and is now a cast member on SNL: Kyle Mooney. His YouTube channel, simply titled, “Kyle,” has over 50 hilarious videos, some of them featuring SNL cast member Beck Bennett. All of them look pretty bad but his character for these sketches trumps any distraction the camera may cause. You’re immediately drawn in by his quirky personality and his interesting voice. He does some of those characters today on SNL in sketches like “The Fight,” “Kyle vs Kanye,” and any sketch where he plays “Bruce Chandling.” His story is what drove him to success, not his gear, which I think is really cool.

I think the future of media is online, where inventive, creative, story-driven content will always have an audience. That’s where I plan on making my career.

I’m very excited about the opportunity to intern at the Greater Cleveland Film Commission. I began here on June 7th, with my first day consisting of getting to know the office and how things work around here, and ended with a scout with Antonio Harper, the Assistant Production Manager, to a local warehouse. It was a really cool opportunity to get a feel for what working here is like!

Over the last few weeks, I’ve done more scouts, various intern assignments around the office, worked on the set of live video productions, and beefed up Reel-Scout a bit. It’s been a lot of fun to work with the people here, who have been so kind and welcoming, and to learn about the industry that I love, right here in Cleveland!