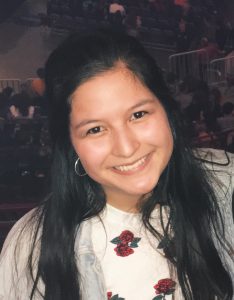 I grew up in a moviegoing, TV-bingeing household. My whole family gathers around the TV on Friday nights to catch up on our favorite shows. We invest in reusable popcorn buckets at movie theatres because for our number of trips, it really is cost-efficient. None of us are incredibly educated on film as an art form, but I was raised to appreciate it and its integral role in pop culture.

I recall certain films and TV shows like ticks on my timeline: Bridesmaids came out in 2011, because I remember my mom figuring out how to let my 11-year-old self appreciate this groundbreaking and hilarious comedy without scarring me; I started watching Game of Thrones in the summer of 2014 because I’ve seen the series thrice through, once each summer after I started; Shrek came out in 2001, because it was my first birthday party theme.

These past few years, I’ve witnessed my timeline diversify. The content I’ve consumed and loved my whole life started looking, seemingly overnight, like myself and my world. I watched La La Land step aside for the Moonlight cast to accept their Academy Award, and I was awakened to a shift I’d never known I personally craved.

I realized I never had a Latina princess growing up, or superhero for whom to root. I reevaluated the mainstream Latinx roles I’d seen growing up, and how I had accepted their portrayal as gang members or housemaids without second thought. Then I wondered: if Hollywood inundated public audiences with as many outstanding, positive Latinx roles as they did white, cis-hetero male roles, would our nation be so quick to build that wall?

I cried during my first Wonder Woman screening for a number of reasons, including my realization that Black Widow’s often oversexualized and minimal role was my superhero exemplar growing up. A Wrinkle in Time wasn’t my favorite movie by a longshot, but I cried during that film too, thinking about Ava Duvernay in her director’s throne, instructing a diverse and talented female cast in a big-budget Disney film.

Film and TV, as such cornerstones of pop culture and public consumption, have the power not only to reflect our society, but to shape public perceptions. I can’t speak on behalf of identities that aren’t my own, but I know for my own representation, this is true. The more positive Latinx and female roles I see, the more potential I see in myself. The more other-identifying people see, the more potential they see in me as well, even if more subliminally.

It goes without saying: representation matters.

I already plan to explore my fascination with society extensively in college, but I looked to the Greater Cleveland Film Commission to dip my toe into the film side of my passion. I’ve always known the power and importance of film as art and culture, but I’ve only recently started considering taking part in the creative or productive process myself. GCFC graciously welcomed me for my senior project, and I’ve come to appreciate film — and Cleveland — more so than ever before.

Emily with our other interns, Zahrya and Valerie to scout possible production locations around Cleveland.

I learned how to breakdown a script and scout potential filming locations. I inputted data to help the commission find potential donors. I even got to shadow a meeting between film professionals. Every moment during my GCFC tenure has been a learning opportunity, but two lessons have profoundly inspired me.

The first lesson: Cleveland truly does rock. Scouting Cleveland has been like thrift shopping — not a glamorous process, not the most glamorous place, but if you look hard enough you’ll stumble upon something brilliant. I’m not sure I’ll look at any part of my city the same way again, knowing that even the dankest back alleys could be a filmmaker’s dream spot. Scouting for film locations brings new meaning to “endless opportunities.”

The second lesson: Just as Cleveland is a humble treasure waiting for its due credit, so is the Greater Cleveland Film Commission. They are an incredibly passionate, driven group of people, who are so rarely given the kudos they deserve. So please, stop asking them about the Cleveland International Film Festival and start asking about all of your favorite movies that filmed here, which the GCFC made possible. Donate to GCFC, become a member, write to your legislators about updating Ohio’s tax incentive. Don’t just support the commission to bring Chris Evans back into town — support these people who work unwaveringly to boost Cleveland’s economy, film industry and public perception at large.

The Film Commission is, in short, a band of hardworking individuals who just want you to make your movie in Cleveland. Someday, if I choose to pursue the filmmaking career, I hope to come back and do just that.