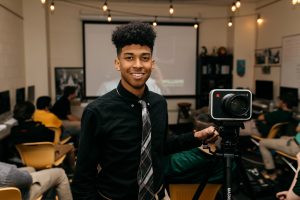 Coming from Saint Edward High School in Lakewood, Ohio. I would like to introduce you to Andre Holland, me! Currently, I live in Cleveland Heights. However, in the fall I will be moving to Columbus to begin studying at The Ohio State University. When I’m not at home with my mother, two siblings, my nephew, and my very energetic dog, I’m likely doing something with a camera. Over the past few years, I’ve gotten really interested in film and everything stemming from it. Whether, I am simply binge-watching a show and admiring how incredibly well-made it was, or working on my own projects, I’m doing something regarding film.

Since I’ve brought up the topic of binge-watching, it’s time to tell some of those shows that surfaced the list. One of the first to mention is my most recent; Game of Thrones. Don’t judge me, unpopular opinion: I’d give the show an 8/10 (Including the extremely disliked final seasons)!  The next that I’ll mention is Ozark, bring me another season! I would recommend it to anyone that is not struggling with an upcoming deadline to finish something. Mostly, for the reason that if you get into Ozark, there is no chance you’ll be able to focus. 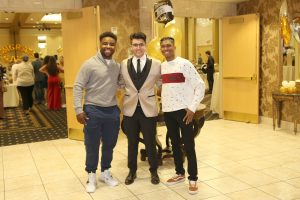 With the opportunity to work with the GCFC, I was excited to see all the things that are being done to land films in the area. In addition, I was genuinely interested in meeting new people that are passionate about growing the film industry.  Something that I plan on getting out of this internship with the GCFC is simply more insight on the work that goes into bringing films to Cleveland.

Further down the road, when I’m much more experienced in all aspects of life, I look forward to being involved with producing and entrepreneurship.