Hello, my name is Robert J. Smith and I’m a USMC combat vet and an intern at the Greater Cleveland Film Commission. I’ve been receiving treatment from the V.A. since 2009 due to PTSD issues and other physical problems as well, but the Cleveland V.A. is amazing and one of the best in the country, and they have definitely helped me out a lot in my life

Recently, I and nine other veterans had an opportunity to meet Tom Holland to talk to him about veterans with PTSD and how we overcome it in our daily lives; it was great meeting him. He was very open and very eager to learn about PTSD from us vets. He’s currently shooting a film in the Cleveland area, Cherry, about a true-life story of a veteran. 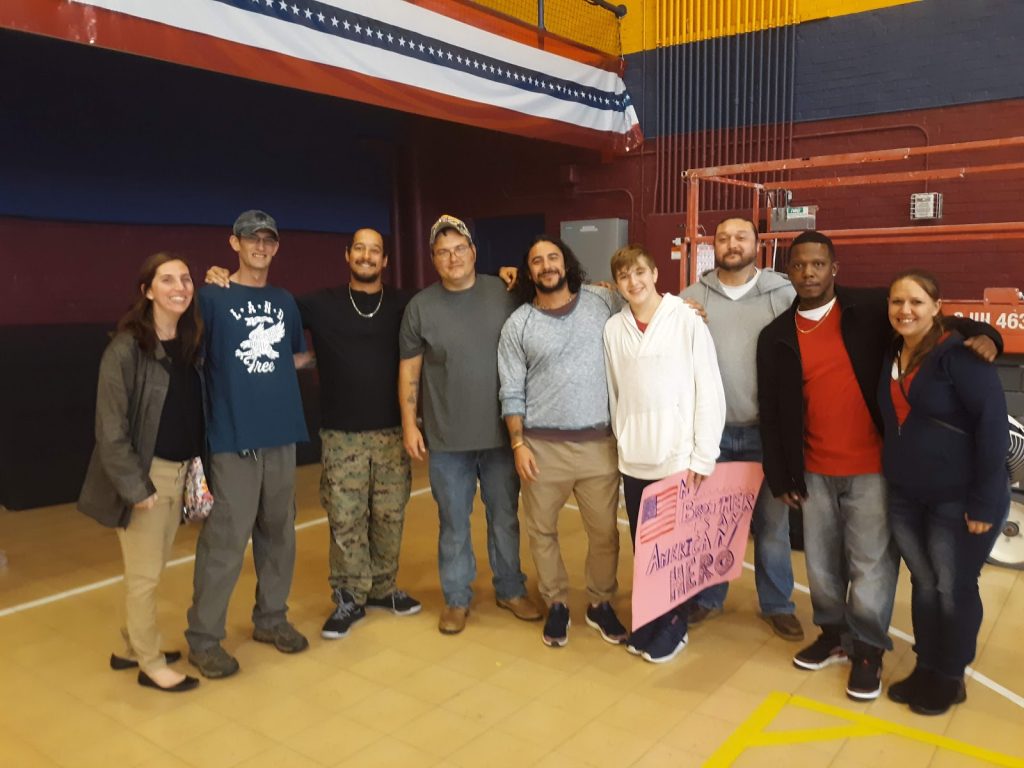 Also on 11/7/19, a few of us veterans got to become extras in the movie Cherry as well. It was filming in Akron, Ohio that day. It was an amazing experiece, and it was cool to see how the filming process was created. The crew was super busy and running around getting everything ready to shoot the scene, and it was cool seeing all these people work together and also separately, but all for a common goal. Also, meeting some of the extras and finding out there stories about there lives was interesting as well.

The process of being an extra is not as easy as you think it may be! I arrived at 8:30 am, had to fill out some paperwork, and you needed two forms of I.D. After that, we went to the wardrobe director and her people, and got a change of clothes to have us look like regular people in the crowd; that’s what this scene called for.

Around 9:45 am we got put into positions by the crew. From 10 am to 12 pm we shot the scene around 15 to 20 times, but in different ways because of the sounds, the lighting and just different ways the producer wanted it done. Right around noon time, we took a break to eat some food that was catered and just get reenergized for the filming in the afternoon. Around 1:00 pm, they were filming another scene and we had to hug a soldier and converse with him. At first it was awkward, but then you realize, it’s acting and you just go with it; we wrapped up shooting the scene around 2:30 pm. Then there was the checking out process, which is basically turning in your wardrobe if you had to change clothes and turning your paperwork in. Overall, it was an amazing experience and I’m definitely glad I was able to do this.