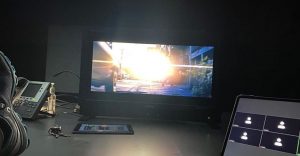 Tom Holland’s next movie with his Avengers: Endgame directors Joe and Anthony Russo, Cherry, gets a fresh tease in this new behind the scenes picture. Holland has collaborated with the Russos multiple times through the MCU, dating back to 2016’s Captain America: Civil War. However, Cherry will mark the first time they’ve worked together on a non-comic book movie. Cherry follows Holland’s PTSD-ridden Army medic who turns to robbing banks in order to cope with his opioid addiction. The film is based on Nico Walker’s autobiographical book of the same name.