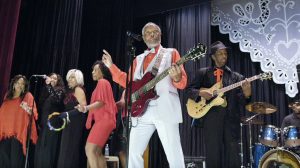 These local music legends, and plenty more, will be the focus of “Soul City Cleveland,” an upcoming documentary that will shine a spotlight on Cleveland’s Black music scene, both past and present. The film is expected to release in 2021, but will put out teasers in the coming months.