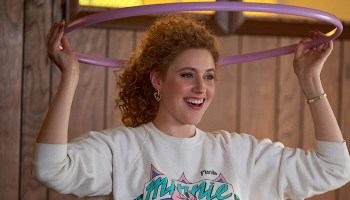 Where was the Netflix film White Noise filmed? We discuss the popular film and its locations and settings. It may contain minor plot references.

White Noise directed by Noah Baumbach is a dramatization of an American family attempting to deal with the conflicts of everyday life. Baumbach explores the themes of love, death and the possibility of happiness in an unpredictable world. Many people can relate to the characters in the film because we are all currently living in the same situation. After going through a global trauma simultaneously, it’s hard to find the positivity to live again and find meaning in the world.

Day-to-day activities seem strenuous and have changed the way we view the world. Baumbach, in his own way, added humor to daily events to create that silver lining for his characters and the audience. It’s difficult to get through the day sometimes because it’s so repetitive and bleak, especially during the winter months. And Baumbach wanted to add humor to everything being unpredictable or something going wrong for that reason. Life isn’t perfect at all and Baumbach wanted to show that through this one family. That becomes more relatable to audiences than having a perfect fairytale on the screen to get whisked away in.

White Noise is a film that can be considered a hit or a miss for audiences because of the way the story is told. Baumbach’s scripts sometimes don’t sit well with people, so it’ll be interesting to see where the Netflix viewers land on this one.