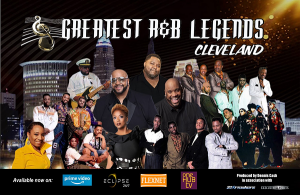 A local guy who’s been in the entertainment business since the 1970s, producer Dennis Crash has released The Greatest R&B Legends: Cleveland, a new documentary featuring live performances and interview with acts such as the O’Jays, Rude Boys, CASH, Levert, Men at Large, the Dazz Band and many others from the ’70s to the present.