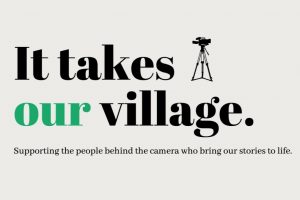 A coalition of Hollywood producers, writers and directors have teamed to launch It Takes Our Village, an initiative to raise funds to support below-the-line film and TV crews who have found themselves out of work due to the coronavirus crisis.

Organizers said donations raised via the GoFundMe-based campaign will be distributed to two organizations supporting industry crew members: the Motion Picture & Television Fund and The Actors Fund. The nonprofits are working in tandem to organize and dispense the aid, generally $1,000 for an individual and potentially higher for families.