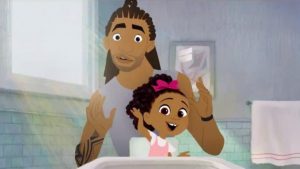 After winning the award for Best Animated Short Film, “Hair Love” got picked for a 12-episode series with HBO.

The film was based on the award-winning book following an African American father learning to do his daughter’s hair.