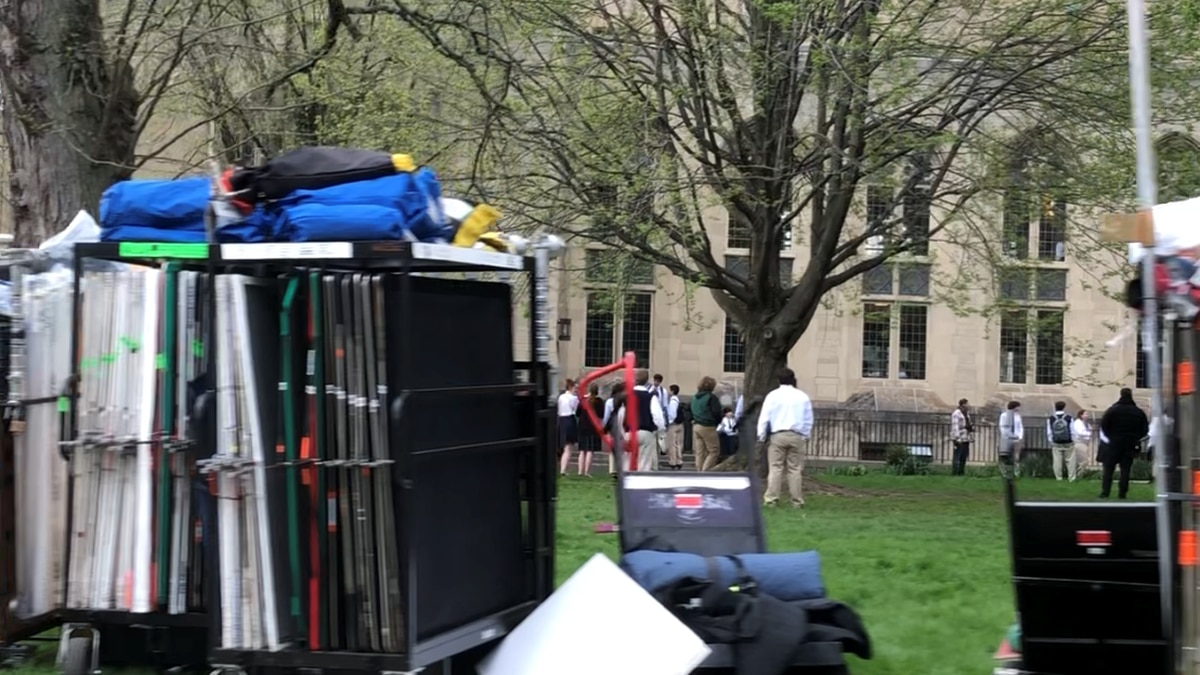 “They’re trying to recreate Akron, and they’re filming in Akron for portions of the movie, but other portions are being recreated here in Cleveland,” said Bill Garvey, president of the Greater Cleveland Film Commission. “So, anything you see is going to play as Akron in the movie, so a lot of it is basketball based and all the games portrayed in the movie that took place back then.”

The movie takes place in 2003 and is based on James’s book with Buzz Bissinger, also called “Shooting Stars.”

“No, no, it isn’t, as far as I know,” Garvey said when asked about whether James’ son, Bronny, would play his father in the movie. “It’s LeBron’s formative years, so there’s an actor playing LeBron and his teammates, of course, and they are, they are current basketball circuit on the AAU circuit.”

LeBron’s production company, Spring Hill, is producing the movie, which has a budget of $25 million. It could be out next summer.