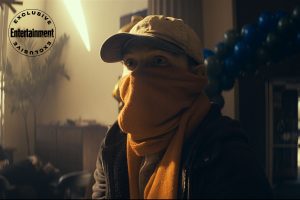 EXCLUSIVE – For Tom Holland, playing the title character in Cherry is more like tackling four different roles in one.

Directed by Anthony and Joe Russo, the sprawling film follows Holland’s protagonist from college student to soldier to drug addict to bank robber, as his mental and physical health unravels along the way. It’s based on Nico Walker’s partially autobiographical novel of the same name, which he wrote while in prison and published in 2018. Like its source material, the Russos’ film adaptation is a wild, circuitous tale that can be grimly funny in one moment and devastating the next.

EW can exclusively debut the trailer for Cherry, which introduces Holland as the film’s haunted antihero.