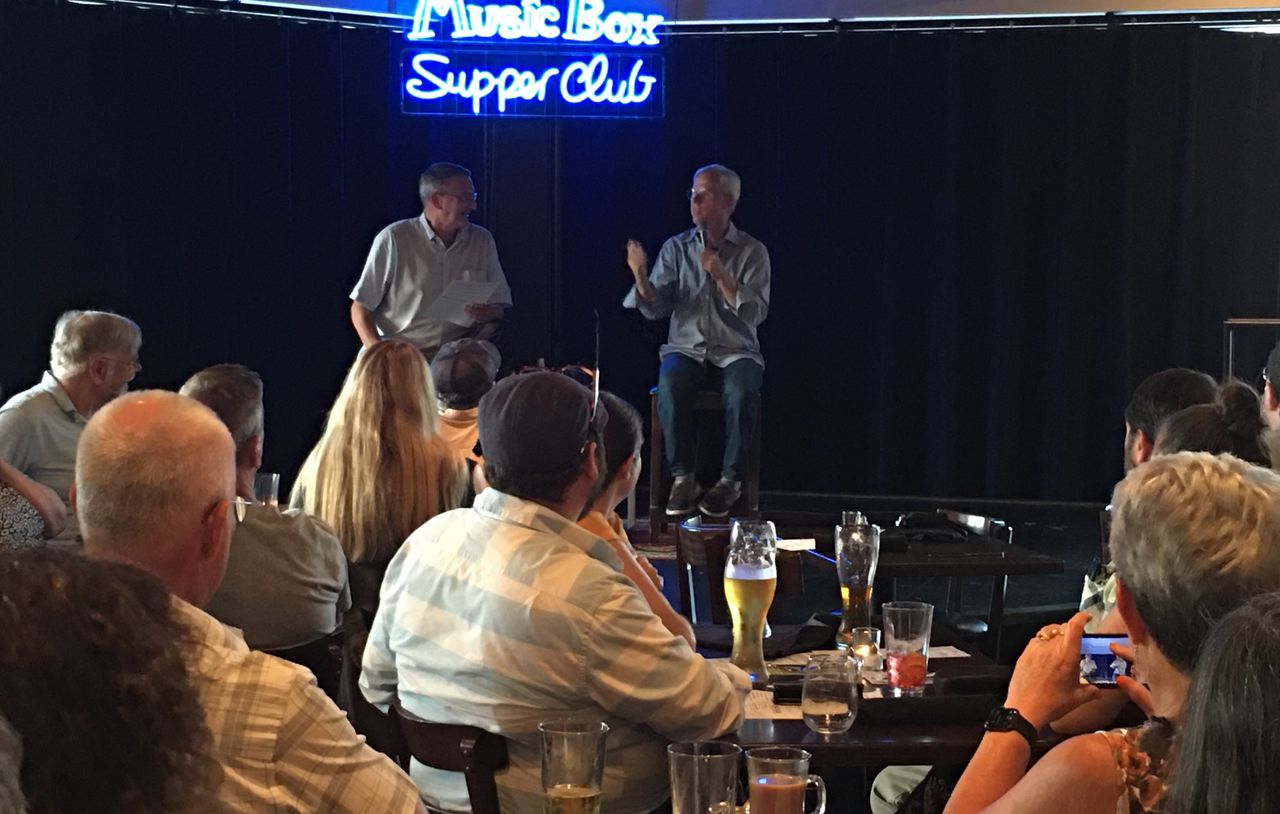 Dan O’Shannon, right, a Northeast Ohio native who has worked on classic sitcoms, is the scheduled guest speaker for Greater Cleveland Film Commission’s upcoming “Behind the Camera” event at Pickwick & Frolic. He is shown at an event in Cleveland last year with Mike Miller of Music Box Supper Club.

CLEVELAND, Ohio – If you have ever watched a sitcom and wondered what goes on behind the scenes, then the Greater Cleveland Film Commission has an event for you.

Veteran television writer Dan O’Shannon, who grew up in Painesville, has a laundry list of credits of acclaimed shows: “Modern Family,” “Frasier,” “Cheers” and others. He’ll be the guest speaker at the film commission’s annual “Behind the Camera” event Friday, Oct. 21. It’s at Hilarities 4th Street Theatre at Pickwick & Frolic.

O’Shannon will serve as featured guest at the moderated behind-the-scenes conversation that offers a chance for folks to glean an insight into the entertainment business while supporting the mission of the film commission.

O’Shannon’s resume includes being a showrunner and executive producer on a multitude of television shows. He also has written two books, “The Adventures of Mrs. Jesus” and “What Are You Laughing At? A Comprehensive Guide to the Comedic Event.”His behind-the-scenes Q-and-A presentation will cross into a range of topics.

“Hopefully, I’ll be able to connect with them a little bit by talking about growing up in Ohio and what it took to get into the television industry back then,” he said. “It was a very different time. You couldn’t just Google ‘How to be a TV writer.’ ”

Expect O’Shannon – who gave an engaging talk to scores of people a year ago at the Music Box Supper Club – to paint a picture of what goes on behind the scenes at a situation comedy, from the genesis of jokes and famous bits people might remember to mixing in personal stories.

“It can go in any direction,” said O’Shannon, who has won multiple Emmy and Golden Globe Awards. “It depends on the audience.” That means if the audience wants to hear about the technical aspects of script writing or learn how a show gets produced, O’Shannon will deliver.

Proceeds will support the non-profit film commission’s mission to attract production spending to the region – a critical, and competitive, economic component of moviemaking these days.