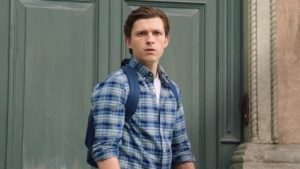 In a recent interview with Comic Book, the Russo Brothers gave another update on the current status of their upcoming crime drama film Cherry, revealing that they’re in the final steps of post-production for the Tom Holland-led film. Because of this, they’ve also teased that viewers should expect to see the first trailer in the “very near future.”