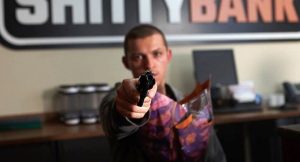 Since becoming known as the directors behind the biggest film of all time, having worked with Marvel from Captain America: The Winter Soldier all the way through Avengers: Endgame, Joe Russo and Anthony Russo have been hard at work with their AGBO Films productions. Next from the brand is Extraction, a Chris Hemsworth-lead action thrill ride on Netflix, which will be followed by Spider-Man actor Tom Holland getting in front of the camera again with their direction for Cherry. The film is almost complete with a first look expected sooner than later but some distribution elements remain up in the air as theaters are currently closed down.