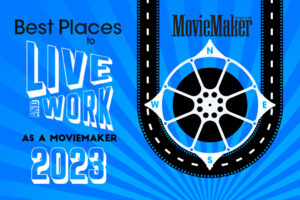 They also stand out in expense. The Worldwide Cost of Living Index just released by the Economist Intelligence Unit found that New York tied Singapore for the most expensive city in the world. Tel Aviv was next, and Los Angeles and Hong Kong were tied for fourth.

We don’t believe people should have to be rich or well-connected to make movies. And we know plenty of people who moved to L.A. or New York with filmmaking dreams and ended up working industry-barely-adjacent jobs just to pay the bills. We think the best place to live is one you can afford — a place where you can be happy, inspired, and financially free to pursue your art.

That philosophy factored highly into the creation of this list. We based it on surveys with film officials, discussions with filmmakers, independent research into cost of living and quality of life, and, whenever possible, visits to the cities and towns on this list.