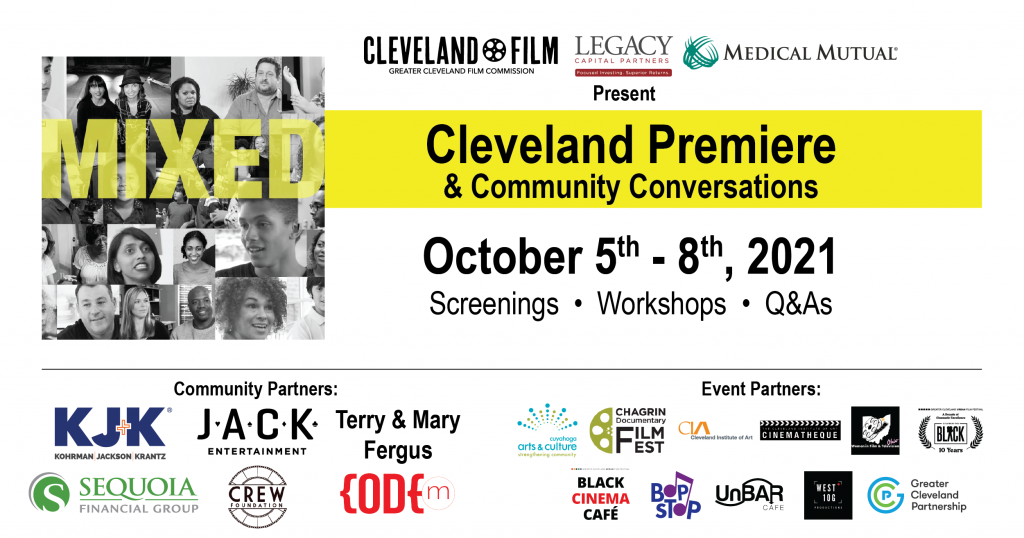 MIXED Documentary is a presentation of the Center for Asian American Media with funding provided by the Corporation for Public Broadcasting.

Thank you to all our amazing partners who made these events possible:

MIXED Cleveland Premiere & Community Conversations is supported in part by the residents of Cuyahoga County through a public grant from Cuyahoga Arts & Culture. 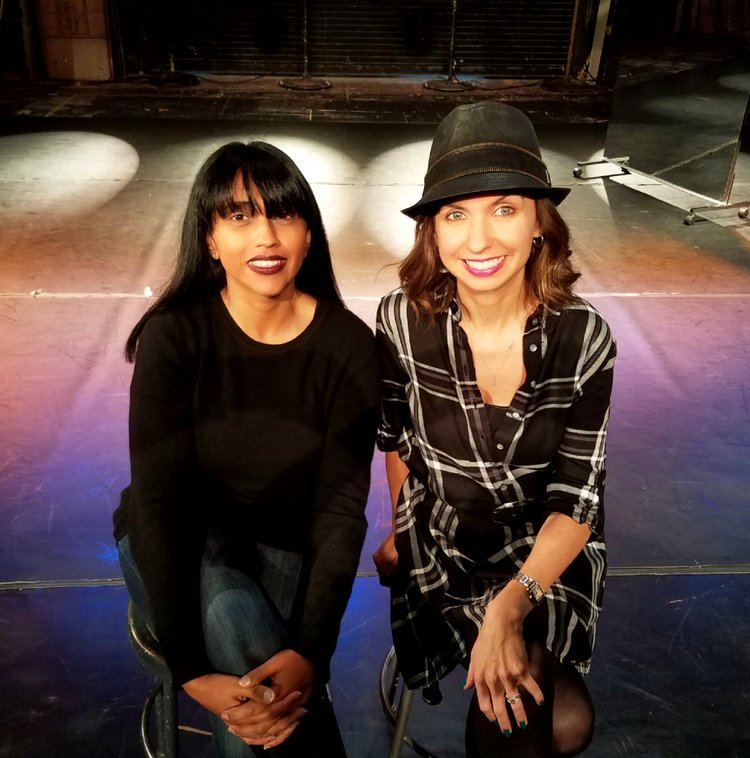 Their latest film, MIXED, explores what it means to be a multi-racial family in America, fifty-three years after the historic, landmark Supreme Court Decision, Loving v. Virginia ended persecution of interracial marriage in America.

Two mothers – one brown, one white – set off on a journey together to explore what it means to be a bi-racial child living in a mixed-race family in so-called “post-racial America,” the perspectives of their own families and others, and America’s deep cultural ambivalence about its rapidly- changing mixed-race reality.

In the wake of worldwide protests after the death of George Floyd and the sweeping #BlackLivesMatter movement, MIXED offers a new lens into race and the lives of the first generation of mixed-race kids and families to be counted in the U.S. Census.

Over four days’ worth of events, Chattoo and Jayaswal hosted the Cleveland Premiere of their film, film festival screenings and panel discussion, a live director’s commentary screening and documentary workshop, a social issue talk, and a community screening and Q&A.

At each event, Chattoo and Jayaswal discussed their motivations as filmmakers, provided insight into the world of documentary filmmaking, and answered questions from participants.

In partnership with the Greater Cleveland Film Commission, the Chagrin Documentary Film Festival hosted a virtual screening, in-person screening, and panel discussion for MIXED. The panel discussion, MIXED: One in Two Worlds, will took place after the screening of the documentary on October 6th. Ideastream host Rick Jackson, Director Leena Jayaswal and a panel of parents discussed their perspectives on raising multi-racial families.

The Chagrin Documentary Film Festival (CDFF) is dedicated to educating audiences and empowering talented filmmakers to tell their stories. The Festival is a five day celebration of the art of documentary film, at venues in and around the century village of Chagrin Falls, Ohio. This inspiring event draws audiences from all over Northeast Ohio, the US and the world to experience documentary films and the compelling art and culture they highlight. Support CDFF by becoming a member or by making a donation. 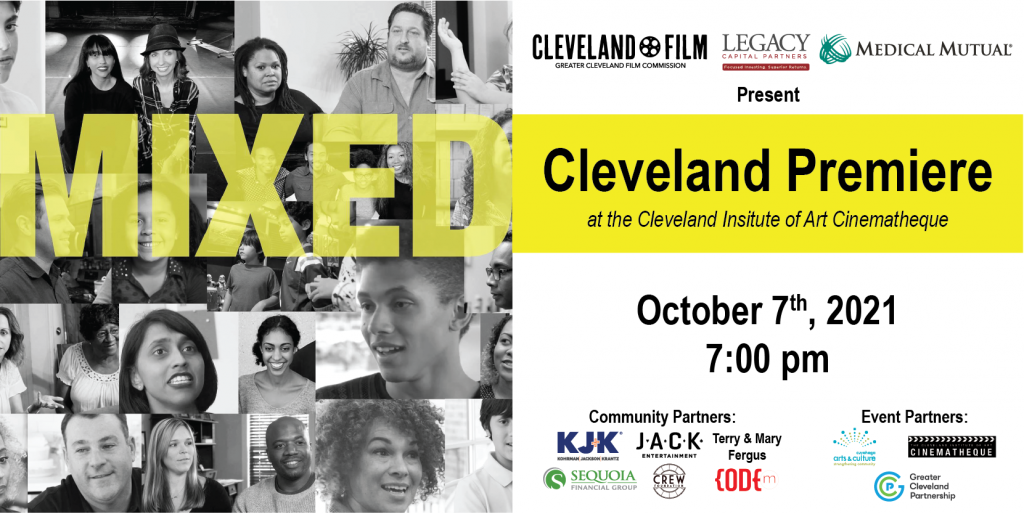 In partnership with the Cleveland Institute of Art Cinematheque, the GCFC hosted the Cleveland Premiere of the documentary film MIXED. Directors Caty Borum Chattoo and Leena Jayaswal screened the film in CIA’s state-of-the-art Peter B. Lewis Theater and answered audience questions after the screening.

Proceeds were split evenly to benefit the Greater Cleveland Film Commission and the Cleveland Institute of Art Cinematheque.

We were thrilled to have a Northeast Ohio family featured in the MIXED film joining us for the premiere and the panel discussion, NFL veteran and former Cleveland Browns player Keith Baldwin and his wife Kelly! 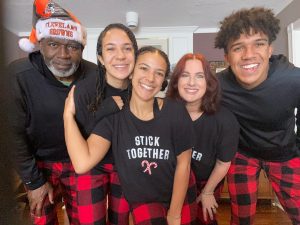 Keith and Kelly Baldwin, of Strongsville, have been happily married for 32 years and have raised three adult children of whom they are incredibly proud. The couple works professionally in real estate, insurance, and nonprofit development, and is very active in Christian humanitarian ministry and youth development in the US and Mexico.

Since 1986, the Cleveland Institute of Art Cinematheque has championed the art of cinema via year-round public screenings of superb films from all eras and countries. Your donation will support the work of the Cinematheque, which was named one of the country’s best repertory movie theaters by The New York Times. Support the Cinematheque by becoming a member or making a donation. 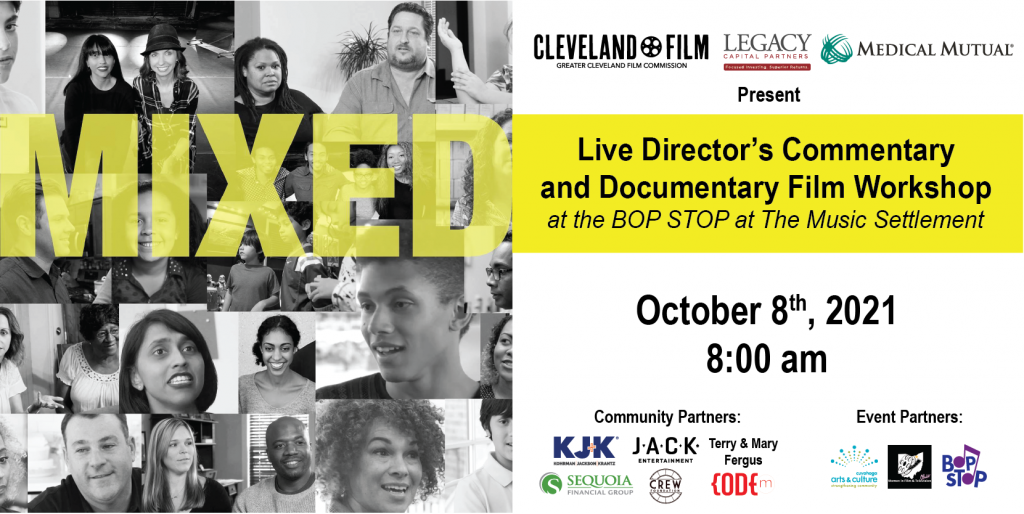 In partnership with Women in Film and Television Ohio (WIFTOH), the GCFC hosted a Live Director’s Commentary and Documentary Film Workshop with MIXED directors Caty Borum Chattoo and Leena Jayaswal. This event included a screening of the film, paused periodically to hear behind-the-scenes stories and filmmaking insights from Caty and Leena, as well as an audience Q&A, and lecture about documentary filmmaking.

Women in Film and Television Ohio (WIFTOH) helps women of all ages and experience levels grow their careers in film, television, and media. WIFTOH is a nonprofit whose mission is dedicated to the encouragement and advancement of women in film, television, and all other media and they rely on the generosity of supporters like YOU! Click HERE to become a member!

The Music Settlement is a centuries-old community music school forged out of the Settlement Movement as a way to welcome immigrants to Cleveland and unite them through the common language of music. As a nonprofit whose mission is to welcome all to the music and arts community to learn, create, inspire and heal, they rely on the generosity of supporters like YOU! Click HERE to make a donation to The Music Settlement. 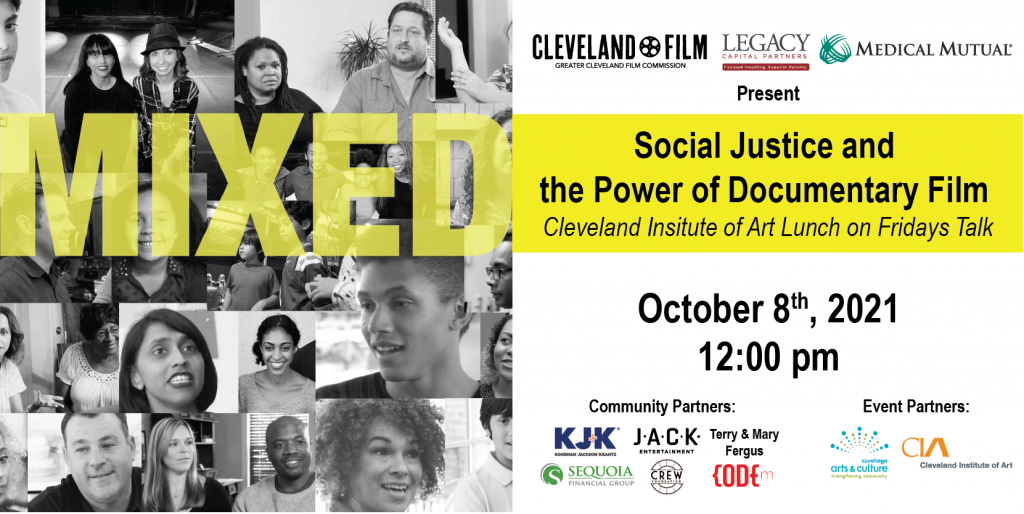 As a part of the Cleveland Institute of Art’s Lunch on Fridays weekly conversations on art and design, American University professors and filmmakers Caty Borum Chattoo and Leena Jayaswal spent the lunch hour sharing their expertise on the power of documentary film to create social change. This one-hour lecture provided insight into social-issue storytelling from two filmmakers who have made social justice a central focus of their work.

Support our Partner: The Cleveland Institute of Art (CIA) one of the nation’s leading accredited independent colleges of art and design. Your generous gift helps to fund the full range of the College’s operational needs, from student financial aid to departmental support to public programming, all to the benefit of our students and faculty.  Click HERE to make a donation to CIA. 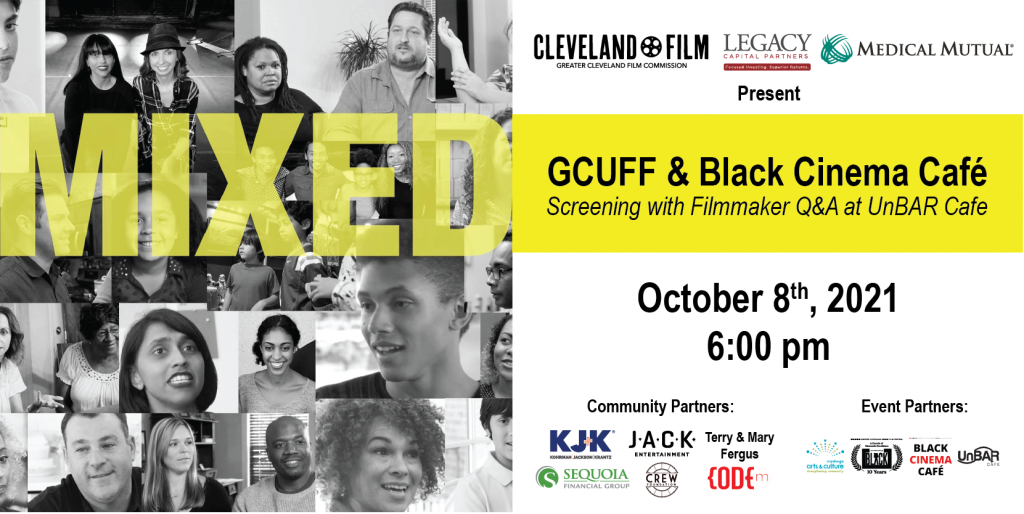 In partnership with the Greater Cleveland Urban Film Festival (GCUFF) and Black Cinema Café, the GCFC hosted a private screening of MIXED at the UnBAR Cafe followed by an audience Q&A with directors Caty Borum Chattoo and Leena Jayaswal.

Support our Partners: The Greater Cleveland Urban Film Festival (GCUFF) is celebrating 10 years of Black film, life and culture this year. As a nonprofit whose mission is to provide a platform for talented and unique independent filmmakers to showcase their work, they rely on the generosity of supporters like YOU!  Click HERE to make a donation to GCUFF.

UnBAR Cafe is a hybrid space for entertaining and socializing without the nightclub stigma and is non-alcoholic. Before the film begins, screening guests can purchase special non-alcoholic cocktails, coffee, fruit smoothies, baked goods, hors d’oeuvres and more. Support UnBAR Cafe when you visit and order from their incredible menu! 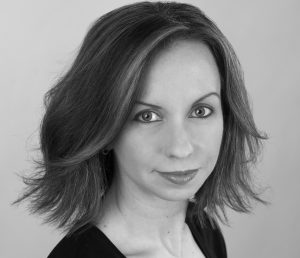 Caty Borum Chattoo is Executive Director of the Center for Media & Social Impact (CMSI), a nonprofit organization housed at American University that creates, showcases and studies media designed for social change, with a particular focus on documentary storytelling; and professor at the American University School of Communication in Washington, D.C. She is an award-winning documentary producer, executive, and scholar working at the intersection of documentary, democracy, and social justice. Her book about the role of mediated comedy in social change, A Comedian and An Activist Walk Into a Bar: The Serious Role of Comedy in Social Justice, with co-author Lauren Feldman, was published by University of California Press (2020). Her documentary book, Story Movements: How Documentaries Empower People and Inspire Social Change, published by Oxford University Press (2020), won the 2021 Broadcast Education Association Book Award. In 2020, she was named to DOC NYC’s national list of New Documentary Leaders, an award given to 16 members of the documentary industry who have made a substantial impact on the field, centering efforts to expand representation and equity in the industry. As a documentary producer, her films and TV programs have aired internationally and nationally. She serves on the Board of Directors of three leading media- serving organizations: The Peabody Awards, Kartemquin Films, and Working Films. 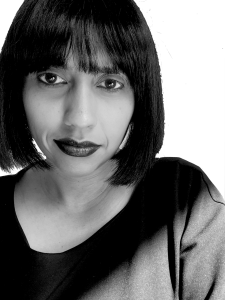 The Greater Cleveland Film Commission (GCFC) is a 501(c)3 nonprofit, whose mission is to create jobs and economic impact for Northeast Ohio through a vibrant film and media arts industry. GCFC was the driving force behind the Ohio Motion Picture Tax Credit (OMPTC) in 2009. Since then GCFC has attracted over 300 productions, most recently “Judas and the Black Messiah,” “Cherry” and Liam Neeson’s “The Marksman.” These projects have created 6,192 full-time equivalent jobs and brought over $1.1 billion into Ohio’s economy.

GCFC connects cast and crew talent directly to production opportunities and invests in a strong local workforce by presenting workshops, seminars, FilmSkills training, and internships, designed to give local talent the education, experience, and professional connections to succeed in the film industry. GCFC works tirelessly to expand the film industry in Northeast Ohio, train and support a local workforce in order to generate real, sustainable opportunities that attract and retain talent.

GCFC is firmly committed to supporting diverse representation; Black, Indigenous, People of Color (BIPOC), women, lesbian, gay, bisexual, transgender and queer/questioning (LGBTQIA+), and other marginalized people groups. The organization’s Diversity, Equity and Inclusion (DEI) Initiative has led to the development of new programs that address equity (in the film industry and in general), from panel discussions to screenings, to lectures, and workshops by artists addressing the issue in their work.

The MIXED Premiere and Community Conversation events are part of the GCFC’s commitment to showcase diverse filmmakers and stories.