Join the GCFC for the epic conclusion of the Jurassic era; an exclusive opening night screening of JURASSIC WORLD DOMINION!

Presented by our “T. Rex” Sponsors

With special thanks to our “Raptor” Sponsor

The Greater Cleveland Film Commission is the only 501(c)3 nonprofit dedicated to driving job creation and economic impact by supporting a thriving and adaptive film and television industry in Northeast Ohio. Since 2009, media projects in Ohio have generated more than $1.2 billion in economic impact and created 6,192 full-time equivalent jobs, thanks to our work.

As a nonprofit, the GCFC doesn’t receive any proceeds from the productions that film here. Every dollar we raise has a direct impact in building a sustainable and lucrative industry that creates jobs in our region.

The GCFC presents film screenings like this one to bring people together and to help fund these programs:

All proceeds from this screening will help fund our D.E.I and education programs.

Each $25 donation to attend includes one seat in the theater and a raffle ticket for a chance to win Jurassic prizes after the movie. Come to the theater early for the best choice of seats and for a special photo op with a “real” dino before the movie starts, courtesy of our friends at Dino & Dragon Stroll (coming to the Cuyahoga County Fairgrounds June 11th-12th). 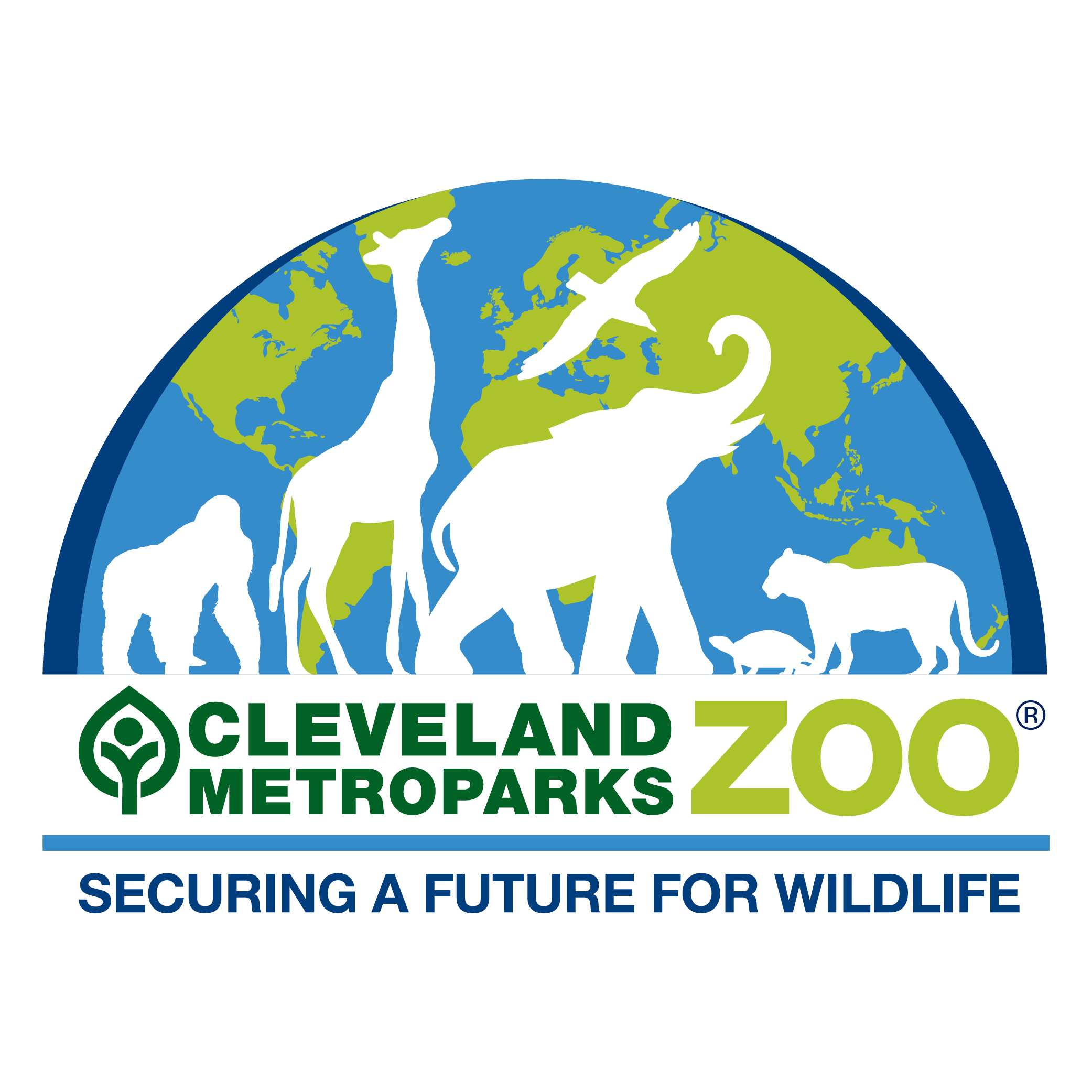 Family Membership to the Cleveland Metroparks Zoo
Admits two named adults in the same household and their children or grandchildren 18 years and under (limit six). Membership benefits: 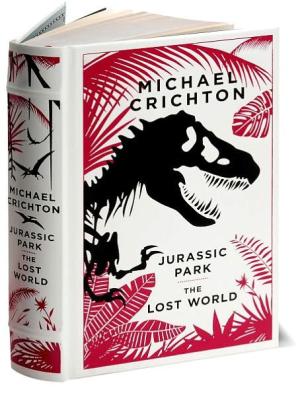 From master thriller writer Michael Crichton: Two imaginative masterpieces of speculative science, full of adventure and larger-than-life characters. In Jurassic Park, scientists of today clone dinosaurs of the prehistoric past to serve as attractions in a modern theme park. When a rival biogenetic firm attempts to steal the scientists’ secret, the stage is set for a nightmare of science and dinosaurs run amok. The Lost World picks up the story six years later, with scientists scrambling to find the jungle island that served as the dinosaur production factory for Jurassic Park. Once again, rivalry and subterfuge combine to create life-threatening dangers for the scientists, who must contend with the rampaging dinosaurs as well as their cutthroat competitors.

This volume contains the full text of both of Michael Crichton’s bestselling novels. Featuring a beautifully stamped bonded leather cover, gilt edging, colorful endpapers, and a satin-ribbon bookmark, this collectible edition is a fine addition to any home library. 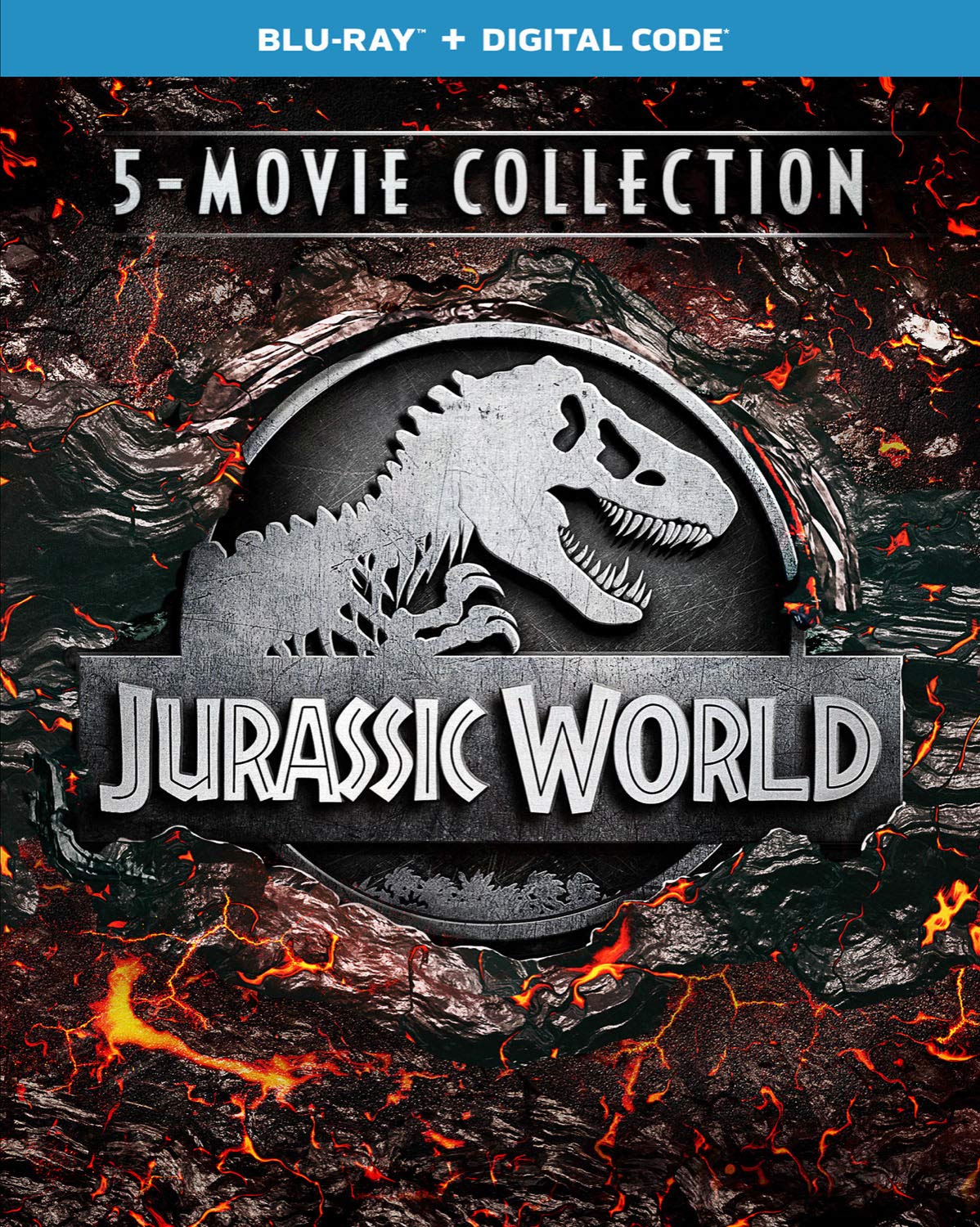 Celebrate one of the biggest movie franchises of all time with the Jurassic World 5-Movie Collection! From Academy Award-winning director Steven Spielberg (Jurassic Park, The Lost World: Jurassic Park), Joe Johnston (Jurassic Park III), Colin Trevorrow (Jurassic World), and J. A. Bayona (Jurassic World: Fallen Kingdom), dinosaurs once again roam the Earth in an amazing theme park on a remote island. The action-packed adventures find man up against prehistoric predators in the ultimate battle for survival. Featuring visually stunning imagery and groundbreaking filmmaking, these epic films are sheer moviemaking magic which were 65 million years in the making. Welcome to Jurassic World.

AND MORE PRIZES TO BE ANNOUNCED…

Bring your whole crew by becoming an event sponsor!

It all started here…

Four years after the destruction of Isla Nublar, dinosaurs now live–and hunt–alongside humans all over the world. This fragile balance will reshape the future and determine, once and for all, whether human beings are to remain the apex predators on a planet they now share with history’s most fearsome creatures in a new Era.