Thank you to everyone who came out to the Cleveland History Center Cleveland Stories Dinner Party
with GCFC President Ivan Schwarz at Music Box Supper Club!

Ivan talked about where he grew up, how he got his start in the industry, and what brought him to Cleveland twelve years ago (he kept emphasizing what a cool city he thinks it is). He also updated the audience on the GCFC’s current push to increase the Ohio Motion Picture Tax Credit and what the future of the Cleveland film industry looks like.

Thank you to the Music Box Supper Club for hosting, and thank you also to the Cleveland History Center for putting on these great Dinner Parties that tell the colorful history of Cleveland! 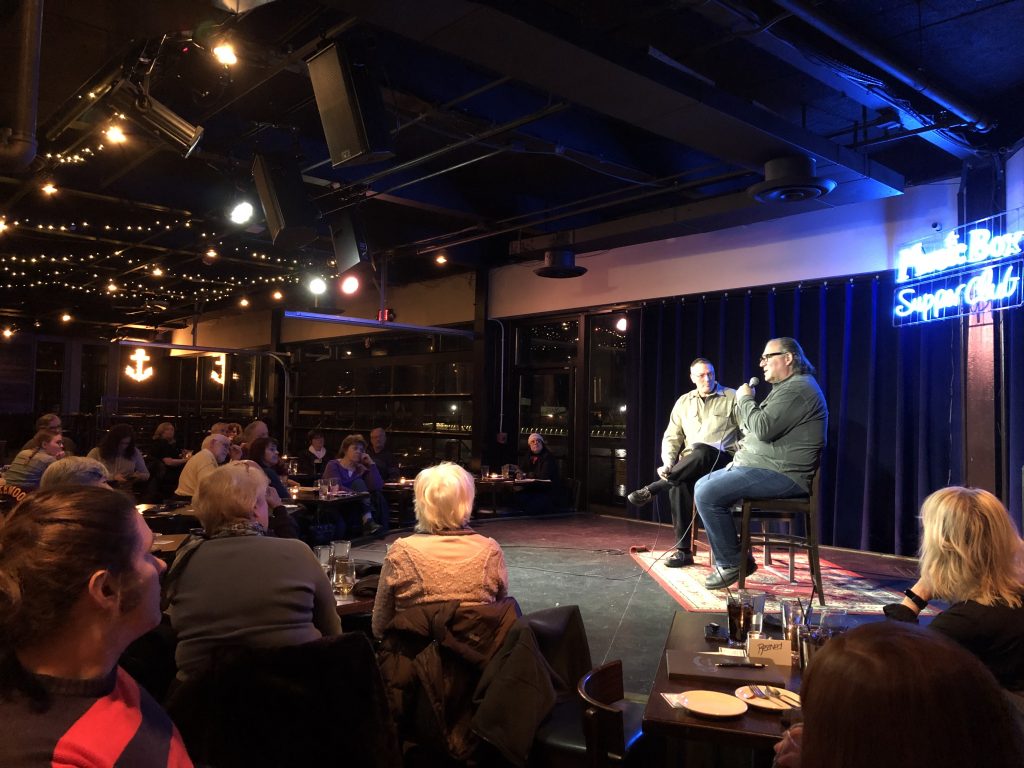