The Greater Cleveland Film Commission was excited to present Behind the Story with the Producers of White Boy Rick, #FilmedInCLE in 2017.

Producers Matthew Krul (a native Ohioan), Scott Franklin, and Georgia Kacandes joined the GCFC for a lively conversation and Q&A, covering topics from what attracted them to this film, to “what do producers actually do,” to how to get started in the field, and what it’s like to film in Cleveland.

Behind the Story was moderated by Mike Wendt, GCFC Production Coordinator.

Watch the recording of this event below.

White Boy Rick documents the controversial story of teenager Richard Wershe Jr., his prolific rise in the drug trade, and subsequent fall through the justice system. In 1980s Detroit, Wershe sold guns to local drug dealers. Confronted by the FBI, he was recruited and served as an informant from ages 14 to 16. At age 17, Wershe was arrested for possession of cocaine, and with no intervention from the FBI or U.S. Attorney regarding his informant work, he was sentenced to life imprisonment under Michigan’s 650-Lifer Law.

WATCH THE TRAILER & THE FILM 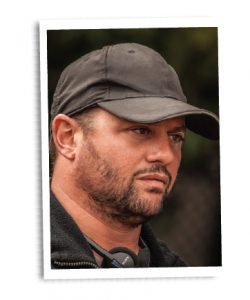 Scott Franklin was born in New York and studied Communications at The Ohio State University. After college, Franklin worked briefly in Los Angeles until he decided to return home to New York for an unpaid Associate Producer position on Pi. This collaboration initiated a long-time working relationship between Franklin and director Darren Aronofsky for whom he produced five more films. In 2009, Franklin won the Independent Spirit Award for Best Picture for his work on The Wrestler. He reprised the win two years later in 2011 for his work on Black Swan. Franklin’s contribution to Black Swan also earned him an Academy Award nomination for Best Picture, a BAFTA nomination for Best Film, and a Golden Globe nomination for Best Motion Picture – Drama. 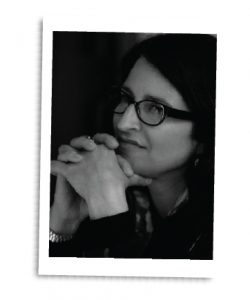 Georgia Kacandes is an American producer who grew up in White Plains, NY and graduated from New York University with a BFA in Film. Best known for contributing to films like Gattaca, The Hateful Eight, The Rainmaker and Syriana, this former President of Physical Production at Paramount, Kacandes is one of the most sought-after line producers and executive producers in the film business. She has worked with acclaimed directors including John Sayles (Eight Men Out, City of Hope, Passion Fish), Jim Jarmusch (Mystery Train), Steven Soderbergh (King of the Hill, The Underneath), Martin Scorsese (Casino, Hugo, The Wolf of Wall Street), Francis Ford Coppola (The Rainmaker), and Quentin Tarantino (Once Upon a Time in Hollywood, The Hateful Eight). 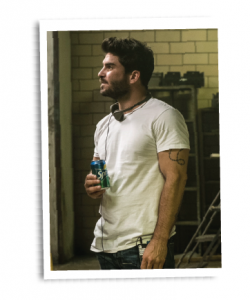 Matthew Krul was born in Dayton, Ohio. A prolific television and media producer, Mr. Krul has produced over 400 hours of network television on major networks as well as documentaries, shorts and feature films. He has worked in over 10 countries to bring an international flavor to his works. In 2003-08 Krul worked with Mandalay Entertainment, the LA based juggernaut, under CEO Peter Guber. During that stint he helped develop feature films such as The Perfect Game, Into the Blue, and The Jacket as well as serving in Mandalay Sports Action Entertainment handling Fortune 500 companies’ marketing and branding. Krul was Executive Producer on White Boy Rick, filmed in his home state of Ohio. Krul owns and operates three production companies specializing in international development and marketing, local domestic development and production, located in Los Angeles, Ohio, and Spain. Mr. Krul has started his directorial and writing debut on a film/doc he directed, wrote and produced in Malawi Africa with Morgan Freeman set to release in the upcoming year.

GCFC Production Coordinator Mike Wendt is an award-winning director, producer and location manager/scout. He has worked on such films as Captain America: The Winter Solider, Fate of the Furious, and White Boy Rick. He directed his first feature length documentary The End Of The World As We Knew It and the short film Goodbye, Ohio. He is currently in postproduction on his second feature length documentary Robert Banks: We’ll Talk About That Later.