Caple’s feature film debut The Land (2016) was #FilmedInCLE and premiered at the 2016 Sundance Film Festival. It tells the story of four teenage boys who devote their summer to escaping the streets of Cleveland by pursuing the dream of professional skateboarding. It earned Caple the Black Reel Awards’ Outstanding First Screenplay Award in 2017 and the Special Jury Prize for Best Narrative Feature at the deadCenter Film Festival in 2016.

Caple recently wrote HBO’s high-profile Emmett Till project, produced by Will Smith, Casey Affleck and Jay-Z. The six-episode miniseries is adapted from Devery Anderson’s 2015 biography, Emmett Till: The Murder That Shocked The World And Propelled The Civil Rights Movement.

His next film was the 2018 sports action drama film Creed II, a sequal to the 2015 film Creed and the eighth installment in the Rocky film series. Stallone said of appointing Caple as director: “I believe it’s important for the director to also be a part of this generation like I was in mine, to make the story as relatable as possible. We are extremely lucky to have the talented young filmmaker Steven Caple Jr. to step up and accept the role of director. I am confident that he and Michael B. Jordan will hit it out of the park!”

Also, according to Deadline, Paramount Pictures and Hasbro Studios chose Caple to direct the new Transformers movie in the reinvented universe.

A Conversation with Steven Caple Jr. was moderated by Mike Wendt, GCFC Production Coordinator, and covered topics such as:

This event is now over. Thank you to everyone who attended!

Special thanks to our presenting partner the Schauer Group for making this event possible. 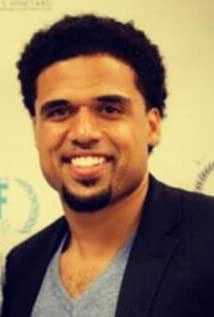 The Cleveland, Ohio native, Steven Caple Jr, had a hobby of making short films amidst his academic rigors and extra-curricular activities. As a child he would use his mother’s old videocassette recorder to put together scenes from his favorite movies using friends and family. With a strong passion and a tireless work ethic, he sought to make his way in filmmaking by following his dream and dedication to his craft. After high school he attended Baldwin-Wallace College where he earned his B.A in Marketing and Film Studies. Immediately after, he enrolled into USC’s School of Cinematic Arts where he studied Directing and Producing and was an active member of the African American Cinema Society and USC Black Graduate Student Network. Steven worked with several Independent Film companies as an intern and held positions with Ohio Independent Pictures, Gaughan & Michitsch Films, BET, and Team Cherokee Productions. The successes of his early films include recognition in the Geauga Film Festival for INTERROGATION, winning “Best Director” at the 2/3rd Film Festival, and recently directed a short entitled “A Different Tree” which is now in festival circulation. Always bringing his vision and personal experiences to his work, Steven uses film as an outlet to share his life testimonies and perspective to the world.