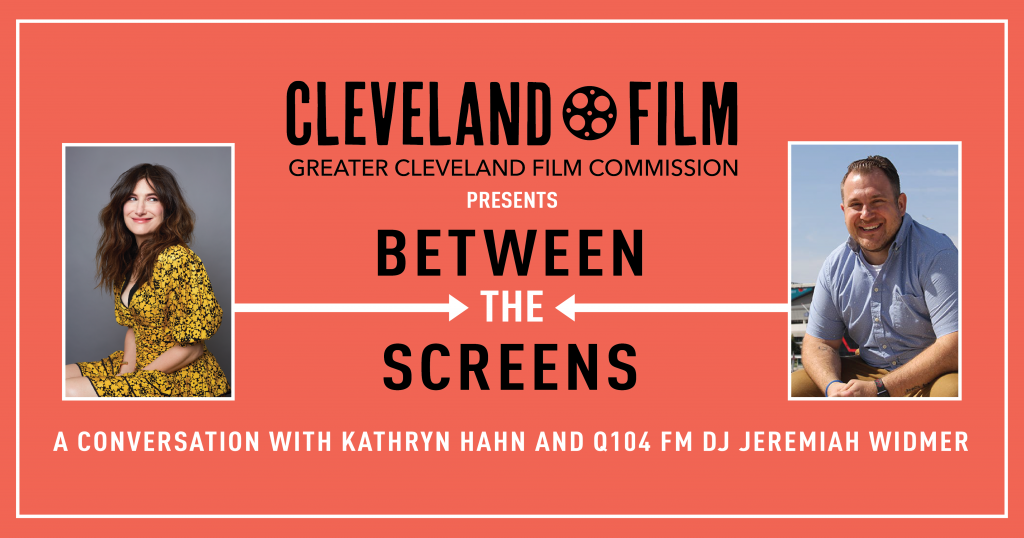 The Greater Cleveland Film Commission was honored to partner with actor Kathryn Hahn to present our first-ever Between the Screens Virtual Event on the evening of June 2, 2020.

A Conversation with Kathryn Hahn was moderated by local radio host and former actor Jeremiah Widmer (the Jeremiah Show, Q104 FM). Jeremiah interviewed Ms. Hahn and facilitated an audience Q&A. He covered a wide variety of topics ranging from her experiences in the entertainment business to how growing up in Northeast Ohio impacted her career.

Watch a few highlights from this event below! 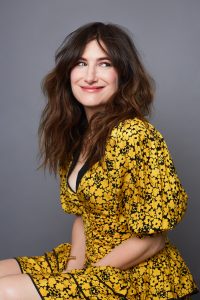 Kathryn Hahn has an incredible acting career that began during her childhood in Cleveland as a regular on the syndicated Saturday morning kids’ show “Hickory Hideout,” which filmed in the old newsroom at Cleveland’s WKYC Channel 3. She attended Beaumont School, then received her Bachelor’s degree from Northwestern University and her Masters in Fine Arts from the Yale School of Drama.

On television, Hahn was recently seen co-starring in the Emmy Nominated Amazon original series “Transparent” created by Jill Soloway. For her portrayal of ‘Raquel Fein,’ she received a 2017 Emmy Award nomination in the category of “Outstanding Supporting Actress in a Comedy Series”. Additional television credits include a guest-starring arc on the NBC hit show “Parks & Recreation” and a role in NBC’s “Crossing Jordan,” which ran for six seasons.

On the feature side, Kathryn has had notable roles in films “Private Life,” for which she received a Gotham Independent Film Award nomination; “A Bad Moms Christmas” and “Bad Moms;” “Captain Fantastic” and “This is Where I Leave You.” Additional credits include “Bad Words” “The Secret Life of Walter Mitty” and “We’re the Millers.” She also starred in “Afternoon Delight” which garnered her a 2013 “Breakthrough Actor” Gotham Award nomination. Other feature film credits include “Wanderlust”; “Our Idiot Brother”; “How Do You Know”; Sam Mendes’ “Revolutionary Road”; “Step Brothers” and “Anchorman: The Legend of Ron Burgundy.”

Currently, Kathryn can be seen in the HBO limited series I KNOW THIS MUCH IS TRUE alongside Mark Ruffalo and upcoming she will be seen in the Apple+ series CENTRAL PARK. 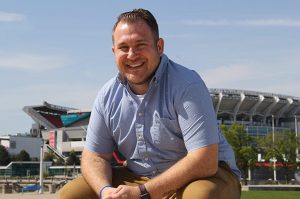