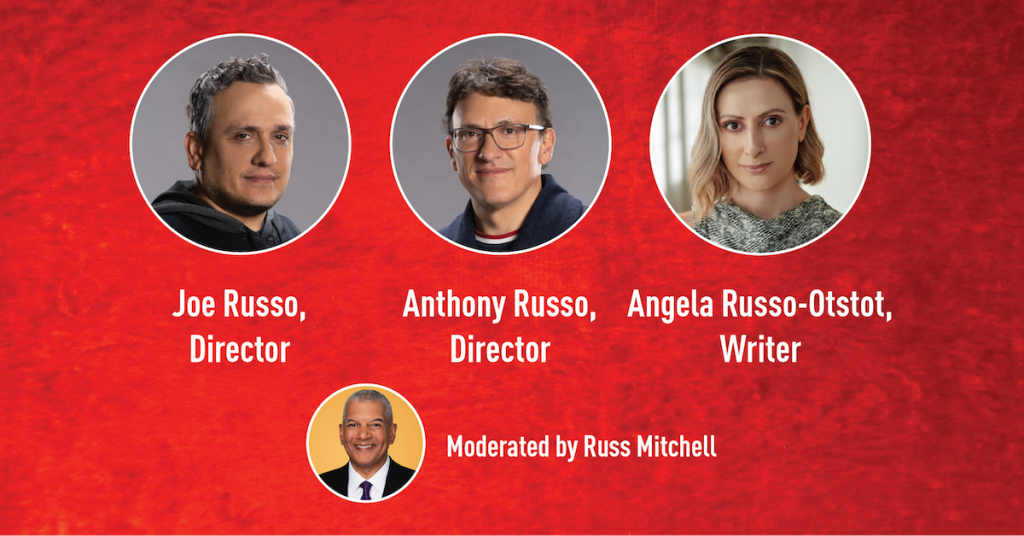 Behind the Story: A “Cherry” Family Affair with the Russos offered an exclusive behind-the-scenes look at CHERRY, which #FilmedInCLE in 2019!

Northeast Ohio is embedded in the DNA of Cherry, the first non-MCU (Marvel Cinematic Universe) feature film in a decade by native Clevelanders Anthony and Joe Russo. Not only is Cherry set in Cleveland, it was also shot here, and it is based on a semi-autobiographical novel by Cleveland author Nico Walker. The movie’s screenplay was co-written by Angela Russo-Otstot, the Russo brothers’ sister and another Clevelander. The film, which stars Tom Holland as an ex-Army medic who supports an opioid addiction by robbing Cleveland banks, is streaming on Apple TV+ starting on 3/12.

Thank you to everyone who attended this event! 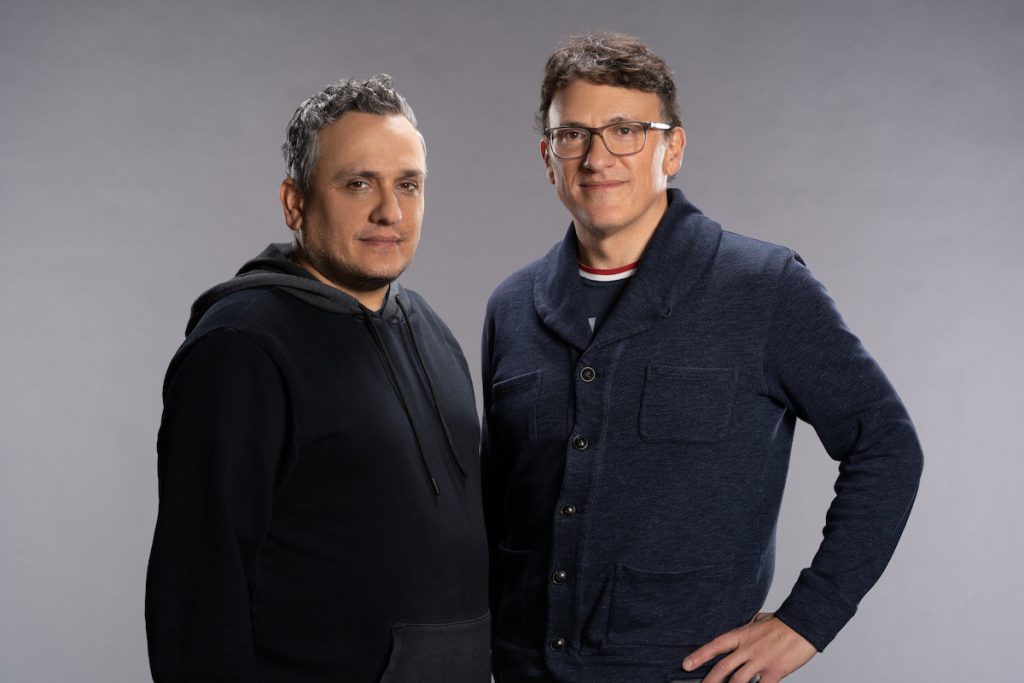 Anthony Russo and Joe Russo (Directors-Producers) have been absorbing classic movies since growing up in Cleveland in the 1970s. By high school, the brothers were immersing themselves in every genre, as well as catching every classic they could at their local arthouse theater. They each went on to study English and Film — Anthony at the University of Pennsylvania and Columbia, Joe at the University of Iowa and UCLA — and the result is a contribution to worldwide moviegoing that mixes storytelling craft, filmmaking skill, and a deep understanding of how great characters can connect us all.

Through a quartet of movies within the Marvel Cinematic Universe, the Russos raised the bar for blockbuster filmmaking in artistry, scope, and box office: Captain America: The Winter Soldier (2014), Captain America: Civil War (2016), Avengers: Infinity War (2018), and Avengers: Endgame (2019), which in addition to concluding the “Avengers saga” racked up numerous industry records, including Biggest Single- Day Gross, Highest-Grossing Opening Weekend, and Highest-Grossing Film of All Time.

While working on the Marvel films with screenwriters Christopher Markus and Stephen McFeely, director of photography Trent Opalach, composers Henry Jackman and Alan Silvestri, amazing below-the-line and FX crews and the most extraordinary roster of actors ever assembled, the Russos have always stood by their belief that strong teamwork brings stratospheric results. Rejecting the label of “auteurs,” the Russos subscribe to the “collective theory,” noting that collaboration is crucial. It’s a philosophy that can be felt in their debut feature, Welcome to Collinwood (2002), and underscores their work on TV’s critically-acclaimed Arrested Development (for which they won an Emmy for Outstanding Directing of a Comedy Series), Community, and Happy Endings — for all of which the Russos directed the pilot episodes as well as numerous beloved signature episodes.

Similarly, the Russos are committed to helping young storytellers gain a foothold in the film industry. Just as their own careers received an early boost from producers including Steven Soderbergh and George Clooney, the Russos now lend their skills to producing films that spotlight fresh talent and ideas and are eager to help filmmakers they believe deserve membership in the Directors Guild of America. Beyond their sponsorship, the Russos try to personally mentor aspiring directors as they strive to grow as filmmakers, and they regularly host internships to help educate and guide them.

In addition to the film community, the Russo Brothers — whose family back home are longtime members of Cleveland’s Italian Sons and Daughters of America (ISDA) organization, which is defined by a strong belief in “Tradition, History, Family, and Philanthropy” — believe in giving back to the community they grew up in. Toward that end, they founded a forum with The National Italian-American Foundation (NIAF) that encourages and advises filmmakers who are eager to tell stories unique to the Italian-American experience.

In early 2018, the Russo Brothers were pleased to announce the formation of their studio, AGBO, an energetic, artist-led collective focusing on creating global content for film, television, and digital platforms.

Headquartered in downtown Los Angeles, AGBO aims to nurture talent and create best-in-class family and prestige content, with the goal of working in a wide gamut of genres and bringing original ideas to the screen. Among the company’s first films were Brian Kirk’s crime drama 21 Bridges, starring Chadwick Boseman; Sam Hargrave’s thriller Extraction, starring Chris Hemsworth, which broke records for Netflix as the biggest premiere in the platform’s history with over 100 million views during its first month of release; Natalie Erika James’ horror thriller Relic, starring Emily Mortimer, acquired out of Sundance and released by IFC Midnight; the fact-based Middle East-set drama Mosul, written and directed by Matthew Michael Carnahan and distributed by Netflix; and Cherry, from the best-selling novel, starring Tom Holland and Ciara Bravo — which is also the Russos’ first time behind the camera since Avengers: Endgame. Apple Original Films acquired Cherry for a debut early in 2021 on Apple TV+.

Their next directorial endeavor, The Gray Man, will star Ryan Gosling and Chris Evans in a film from Mark Greaney’s novel, which the Russos plan to turn into a franchise. Netflix has committed its largest budget to date on the project.

In addition to their film and television successes, the Russos are also co-founders — along with almost two-dozen fellow directors and artists — of BULLITT, a filmmaker’s collective and creative studio that is centered on the creation of brand-integrated entertainment and advertising content, and which utilizes state-of- the-art technology to break down barriers between advertisers and audiences. 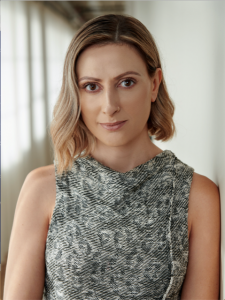 Angela Russo-Otstot is the co-screenwriter and producer on behalf of Cherry and President of Creative at AGBO, managing a team of executives who work collaboratively to develop innovative material and champion new creative voices. She leads creative development of all AGBO film and television content, as well as projects devoted to other forms of media (e.g.,. audio, gaming, etc.). Currently, Angela is a writer and producer on Amazon’s forthcoming international spy thriller series Citadel and recently served as Executive Producer on IFC’s Sundance hit Relic.

Angela began her writing career when she sold a pilot to HBO at the age of 25, and went on to write for various television dramas that include FX’s The Shield and ABC’s V. With a desire to pass along her learning and experience, she taught screenwriting and playwriting at Case Western Reserve University and the Cleveland Institute of Art. Angela caught the film and theater bug early on, graduating from the theater program at Syracuse University and then
completing a two-year intensive at The William Esper Studio in New York City studying the Meisner Acting Technique. 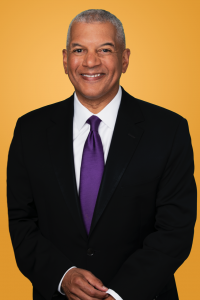 Mitchell was born in St. Louis and accepted his first television job at age 17 as a nighttime switchboard operator at KTVI-TV. He graduated from the University of Missouri, and began his professional career at KMBC in Kansas City.

Larger markets and bigger stations soon followed, then a move to New York as the co-anchor of the overnight CBS News broadcast, Up to the Minute. In 1993 he was named a correspondent for Eye-to-Eye with Connie Chung. In 1995, Mitchell was assigned to the CBS Washington bureau. In July of 1997, Mitchell was named co-anchor of CBS News Saturday Morning and traveled extensively as a reporter for the CBS Evening News with Dan Rather and 48 Hours. He covered the war in Bosnia, went to the Democratic Republic of Congo and interviewed then President Laurent Kabila, reported from Cuba, India, Indonesia and The Marshall Islands.

Mr. Mitchell was on the anchor desk with Dan Rather on September 11, 2001 and reported from Ground Zero and other parts of Manhattan on the days and weeks that followed. Most recently, he anchored the live CBS Special Report coverage of the capture and death of Osama Bin Laden on May 1, 2011.

Perhaps not as well-known, but equally important to Mitchell is the 2007 Missouri Honor Medal. He received it for Distinguished Service in Journalism from The University of Missouri School of Journalism, his alma mater. He also returns there every summer to help with a journalism workshop for high school students, a workshop he attended in 1977.