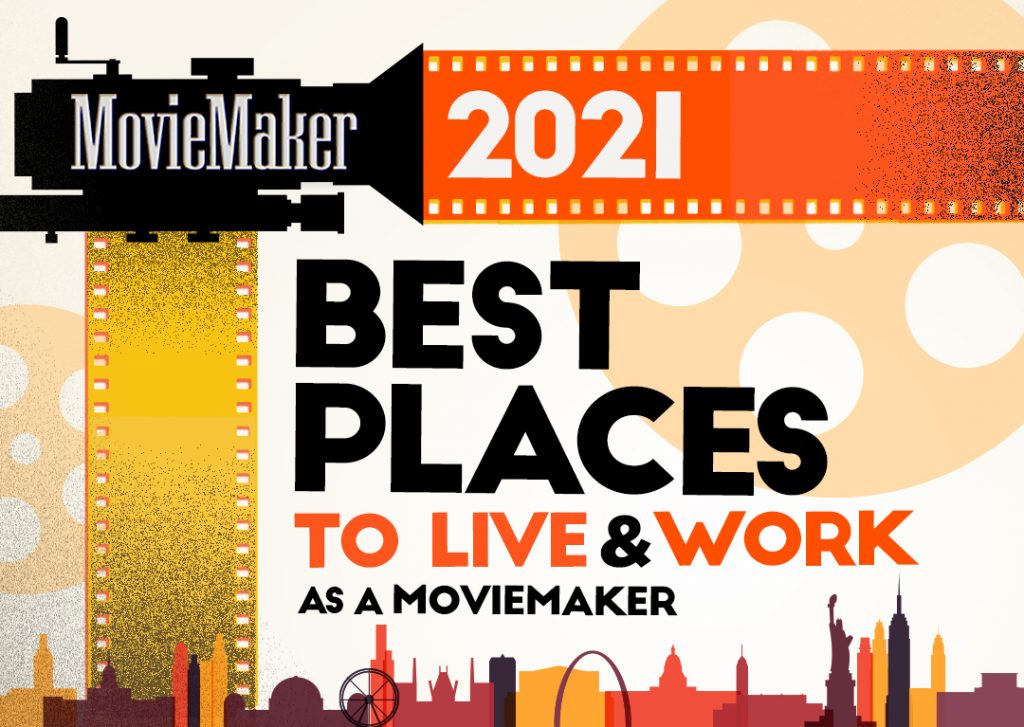 The Greater Cleveland Film Commission is proud to announce that Cleveland has been named one of MovieMaker’s Best Places to Live and Work as a Moviemaker in 2021, ranking 14th out of 25 cities.

MovieMaker determined the winners using surveys, research on tax incentives and recent productions, and personal visits to most of the locations on the list, as well as the best available information on how they’re coping with the pandemic.

The full list of cities and towns — which covers both the U.S. and Canada – is below.

The GCFC pursues media productions and businesses that can make a significant impact on the local economy. They serve as a one-stop shop for local, national and international filmmakers, ensuring not only an exceptional production experience, but also repeat business. They facilitate permits, street closings and other public or private location logistics, as well as liaison with police, fire safety and municipal government. The GCFC offers filmmakers a database with photos and descriptions of 1,600 filming locations, union contacts, casting agencies, crew and vendors. From the biggest blockbusters, to single episodes of television series, Hollywood knows Ohio can handle any size production. Since 2009, over 150 productions have filmed in Northeast Ohio.

“This was obviously a very different year for our annual list of the Best Places to Live and Work as a Moviemaker — it’s a time of incredible upheaval, but also opportunity. Many in the film and TV industry are looking to change their way of life, and many cities and towns across the country are welcoming these storytellers with open arms,” said MovieMaker editor-in-chief Tim Molloy.

“Last year, we moved Los Angeles and New York City to our Hall of Fame, in the belief that their place in moviemaking was so secure that we should make room for communities on the rise. Little did we know how much L.A. and New York would suffer in the months to come. But their discipline and resilience will make them stronger in 2021 and beyond, as they lead movies into an era of innovation and invention.”

For the complete 2021 list of Best Places to Live and Work as a Moviemaker — and complete details — visit MovieMaker.com.

The GCFC relies solely on donations to continue to build a strong, sustainable film and media production industry that brings jobs and business to Cleveland. Click here to make a donation, or here to become a member!

Here are MovieMaker’s 2021 Best Places to Live and Work as a Moviemaker.

MovieMaker is dedicated to the art and craft of making movies. Our 2021 list of the Best Places to Live and Work as a Moviemaker appears in our Winter 2020 issue, with a cover story on Regina King and her feature directorial debut, One Night in Miami. The issue is available on newsstands on February 2.