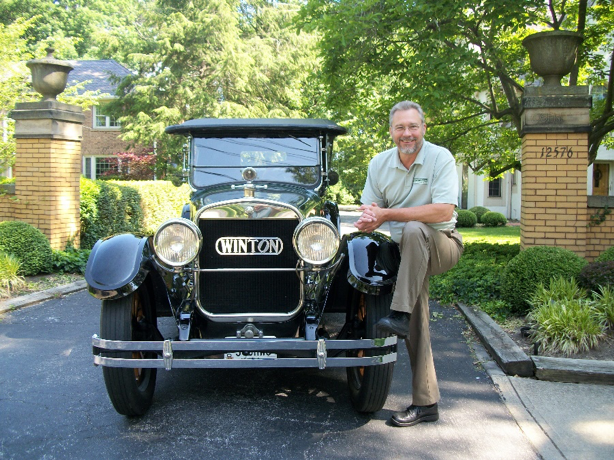 For automotive enthusiast and historian, GCFC Member Bernie Golias, being a part of the excitement and opportunities in Cleveland’s film industry gives him a sense of how it must have felt to be alive during the birth of the automotive industry.

“To me, Cleveland was ‘The Original Motor City’ as it led the way with new ideas and creativity long before Henry Ford put America on wheels.”

That same creativity unique to the people of Northeast Ohio allow it to stand apart from other filming locations, and continues to attract filmmakers from around the country.  Cleveland has been in a renaissance for the last several years, and the mission of the GCFC to create jobs and increase media production has played an important role in spurring on the recent economic growth.

“Today, I sense the euphoria in the atmosphere and the rebirth that the Greater Cleveland Film Commission is providing.” 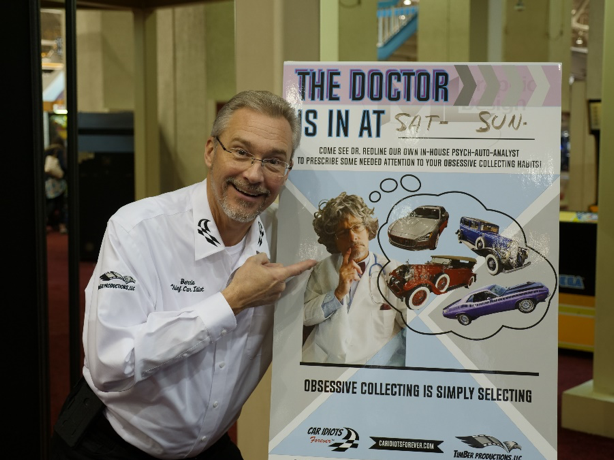 Bernie, at the 2018 Summit Racing Equipment I-X Piston Powered Auto-Rama. He’s pointing at one of the characters he’s developing for “Car Idiots Forever”, an upcoming YouTube series TV show which he will host.

Similar to that of the automotive industry, Bernie says, the film industry in Cleveland “not only impacts job growth, setting the stage as a major player in the film industry, but as also brings satisfaction and fulfillment to one’s soul.”

The GCFC is grateful for the passionate supporters like Bernie who, through their generous support, allow us to continue to create jobs for our region. As a nonprofit, the GCFC doesn’t receive any proceeds from the productions that film in Northeast Ohio, and that’s why community members like Bernie are vital to our success.

“I support the GCFC because they are a source that brings the city together, having instilled within me the satisfaction of experiencing the positive growth in the city’s film industry.”

Help us continue our work to create jobs and economic growth in Northeast Ohio by becoming a member like Bernie. Your membership creates a direct impact by making GCFC’s movie attraction efforts, workforce development events, internships, and our statewide advocacy efforts all possible.