The Greater Cleveland Film Commission is excited to present Screenwriting and Beyond with the Writers of The Marksman, #FilmedInCLE in 2019.

Join the GCFC and writers Danny Kravitz (a native Clevelander) and Chris Charles for this in-depth screenwriting workshop. Danny and Chris will provide insight into the writing process, from how to get started in the field, to getting your script on the big screen. They will also share behind-the-scenes stories from the film and engage in an audience Q&A.

Screenwriting and Beyond will be moderated by Mike Wendt, GCFC Production Coordinator, and cover topics such as:

Early registration is only $15.00 until January 8th, use the promo code MARKSMANCLE. Regular admission is $25.00.

Hardened Arizona rancher Jim Hanson (Liam Neeson) simply wants to be left alone as he fends off eviction notices and tries to make a living on an isolated stretch of borderland. But everything changes when Hanson, an ex-Marine sharpshooter, witnesses 11-year-old migrant Miguel (Jacob Perez) fleeing with his mother Rosa (Teresa Ruiz) from drug cartel assassins led by the ruthless Mauricio (Juan Pablo Raba). After being caught in a shoot-out, a dying Rosa begs Jim to take her son to safety to her family in Chicago. Defying his cop daughter Sarah (Katheryn Winnick), Jim sneaks Miguel out of the local U.S. Customs and Border Patrol station and together, they hit the road with the group of killers in pursuit. Jim and Miguel slowly begin to overcome their differences and begin to forge an unlikely friendship, while Mauricio and his fellow assassins blaze a cold-blooded trail, hot on their heels. When they finally meet on a Midwestern farm, a fight to the death ensues as Jim uses his military skills and code of honor to defend the boy he’s come to love. 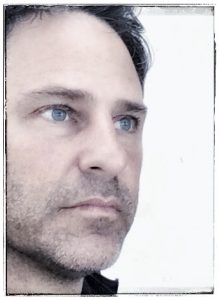 Danny Kravitz is one of the screenwriters behind the upcoming film The Marksman, starring Liam Neeson. Originally from Cleveland, Danny went to the University of Wisconsin, Madison where he studied film, literature and creative writing. Early in his career Danny worked as a session musician and singer, as well as advertising copywriter and composer. Danny is also a fiction and non-fiction author, and an accomplished recording artist and producer. Danny has taught screenwriting and storytelling at Columbia College Chicago for more than 10 years. 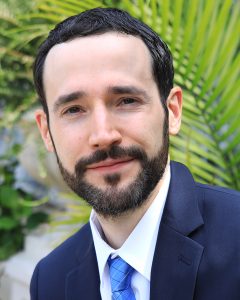 Chris Charles was born in the Chicago area, but grew up in Maine. He returned to the Windy City to study Cinema and Television Arts at Columbia College Chicago, earning a Bachelor of Arts degree. In 2005, Chris joined the team at Beverly Ridge Pictures, where he cast, directed, and produced a variety of award-winning commercials, short films, and features. Then in 2012, Chris and longtime collaborator John W. Bosher founded Throughline Films, where they have produced and arranged worldwide distribution for dozens of film and TV projects. Most recently, Chris co-wrote the action thriller The Marksman, directed by Academy Award-nominee Robert Lorenz and starring Liam Neeson. 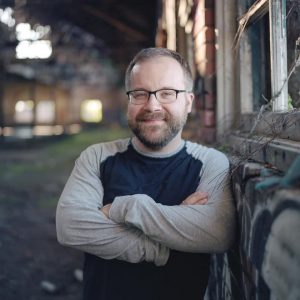