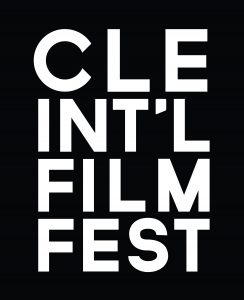 *PLEASE NOTE THAT ALL THEATRICAL SCREENINGS AT CIFF47 WILL BE IN DCP (FEATURE AND SHORT FILMS).* Thus, all invited films will be required to send a DCP file for exhibition.

CIFF is excited to return to its new forever home, the beautiful and iconic Playhouse Square – also the largest performing arts district in the U.S., outside of New York City. CIFF will continue to follow guidance and protocols based on science and community circumstances, in relation to COVID-19. All Festival details (including dates, format, and venues) are subject to change.

At this time, details about CIFF47 Streams (the virtual/online component of CIFF) are yet to be determined. We will update this page and notify all selected films in the festival as we have news.

CIFF47 will consist of hundreds of films, post-film conversations and Q&As with filmmakers, balloting, and over $130,000 in cash awards. CIFF Speaks (the organization’s podcast series) will be returning with episodes surrounding and during the Festival.

CIFF is committed to offering screening fees or travel assistance for all feature and short films accepted into the Festival. In a time of many changes, CIFF is happy to report that they continue to be one of the few Academy Award®-qualifying festivals in the world for all three categories of shorts films—live-action, animated, and documentary. CIFF accepts films of any runtime, any genre, and from every country.

As always, CIFF will provide written feedback from their Screening Team—a diverse volunteer committee comprised of 150 film enthusiasts assembled from their audience base, ranging from industry professionals to local film students. CIFF is also happy to once again offer submission waivers to any CIFF alum whose current film meets the CIFF47 requirements.

No matter what the future holds, the Cleveland International Film Festival remains dedicated to supporting the work of filmmakers everywhere and uniting their community through the power of film.

For all questions related to submissions, please see their Terms and Conditions or email [email protected].

CIFF thanks you for sharing your films with them!