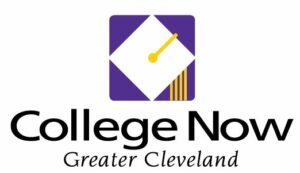 Please join Peter Lawson Jones for the Special Red Carpet Advance Screening of A Man Called Otto, starring Tom Hanks and featuring Peter Lawson Jones in a major supporting role! The event will begin with a special VIP reception at 6:00 pm, followed by a program at 7:00 pm and the film screening starting at 7:15 pm. After the screening, Jones will participate in a Q&A session. Those interested in attending the red carpet advance screening can purchase VIP tickets for $100 each or general admission tickets for $50 each. VIP ticket holders will receive a swag bag, a unique event-specific piece of art designed by Gloria K. Ritter and access to both the VIP reception and the screening of A Man Called Otto. General admission ticket purchasers will receive the art piece and access to the screening of the film. A portion of both ticket purchases will be tax deductible. All those who purchase their tickets by December 28, 2022, will receive a Cinemark voucher in the amount of $5.00.

The proceeds from this pre-screening will provide additional and much-needed financial support for the Charles & Margaret Jones Scholarship Fund at College Now Greater Cleveland. The scholarship fund was established by Peter Lawson Jones in honor of his late parents’ living legacy. Margaret Jones was a Cleveland public school teacher, and Charles Jones was a college administrator. Both Margaret and Charles had an unshakable belief in the power of education. To date, over $40,000 has been awarded to 19 students through the fund, and the graduation rate for these scholarship recipients is 74%, surpassing the 29% graduation rate of the typical low-income college student.

VIP Tickets: $100
VIP Tickets include a swag bag, a unique event-specific piece of art by Gloria K. Ritter, access to the VIP Reception with Peter Lawson Jones, and access to the January 12th Special Red Carpet Advance Screening of “A Man Called Otto”. A portion of your donation will be tax-deductible.