For anyone who’s ever had a story to tell on the big screen, it all starts with the screenplay. Writers new and veteran alike can always use some helpful advice, whether it’s on story craft, formatting or selling the screenplay once it’s been written. As such, we’ve gathered this list of three classic screenwriting texts, along with one selection that’s a little off the beaten path, to help you get started with or tighten up that screenplay you’ve always wanted to write. 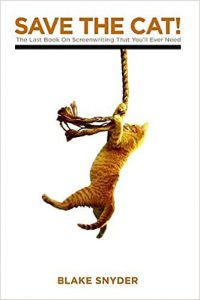 SAVE THE CAT! THE LAST BOOK ON SCREENWRITING YOU’LL EVER NEED by Blake Snyder

You can sell your script if you can save the cat, or so says author Blake Snyder. A bestseller for 15 years, writers the world over have been using this book to gain insight not only to the craft of screenwriting, but on the industry itself and how it works. From tips on writing a can’t miss logline, to the seven laws of screenplay physics, every screenwriter should have this book in their library if they don’t already. 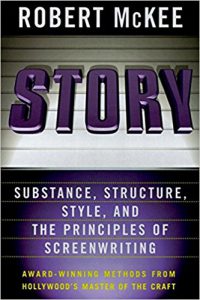 STORY: STYLE, STRUCTURE, SUBSTANCE, AND THE PRINCIPLES OF SCREENWRITING by Robert McKee

This is the book assigned by every professor teaching Screenwriting 101. Robert McKee is well known for his screenwriting workshops. People from all walks of the industry pay top dollar to hang on his every word in lectures and seminars. An excellent book for the novice screenwriter, STORY focuses on just that: telling the best story possible with your screenplay. If you’re having trouble fitting the elements of your story together or crafting interesting characters, this book is a godsend. 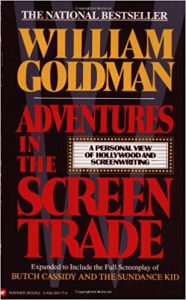 ADVENTURES IN THE SCREEN TRADE: A PERSONAL VIEW OF HOLLYWOOD AND SCREENWRITING by William Goldman

“Butch Cassidy and the Sundance Kid.” “All the President’s Men.” “The Princess Bride.” Having penned some of the greatest screenplays in cinema history, William Goldman is uniquely suited to give readers insight into the inner workings of Hollywood. You’ll not only read behind the scenes accounts of Goldman’s experiences writing/selling his classic scripts, but also about his creative thought process. 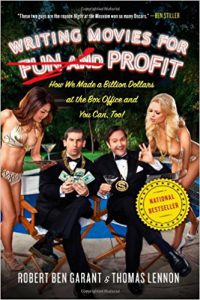 WRITING MOVIES FOR FUN AND PROFIT: HOW WE MADE A BILLION DOLLARS AT THE BOX OFFICE AND YOU CAN, TOO! By Robert Ben Garant and Thomas Lennon

With sketch comedy roots in subversive shows like MTV’s “The State” and Comedy Central’s “Reno 911,” Robert Ben Garant and Thomas Lennon aren’t the first people you’d expect to be wildly successful mainstream screenwriters. Having created the “Night at the Museum” series, along with comedies like “The Pacifier,” “Balls of Fury,” and the instant classic “Herbie: Fully Loaded,” the duo have much to say about how to game the Hollywood system to your benefit. Endlessly entertaining, this tongue-in-cheek manual is a fun look at the movie industry and the business of screenwriting.

PLEASE NOTE: If you’d like to purchase any of these books and support GCFC at the same time, go to smile.amazon.com, select GREATER CLEVELAND MEDIA DEVELOPMENT CORPORATION as your participating nonprofit and GCFC will receive a small portion of the proceeds to continue our mission to bring jobs and economic development to Northeast Ohio through the growth of a sustainable media production industry.